The Chicago Reader say some words about Deafbrick 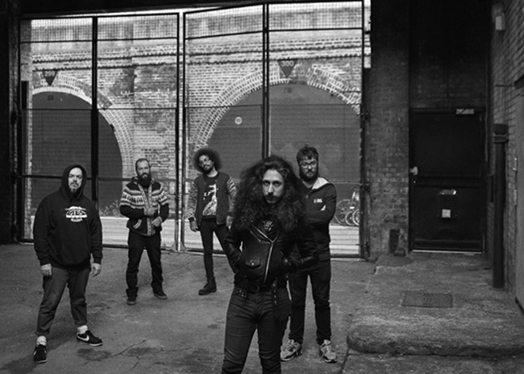 Music festivals as we’ve known them may be in jeopardy due to a virus, but festival culture keeps on giving: this summer’s bounty includes Deafbrick, the new album by brain-rattling São Paulo psych-punk trio Deafkids and maniacal London-based electro-noise-rock duo Petbrick, aka musician and producer Wayne Adams and Sepultura and Cavalera Conspiracy drummer Iggor Cavalera. The record grew out of the bands’ friendship, which led to a collaborative performance at the 2019 Roadburn Festival in Tilburg, Netherlands. I was lucky enough to be there and catch about half of their headliner-length set, which merged two fantastically loud, brutally noisy, and uncompromisingly subversive bands; if memory serves, my exact impression was “holy shit.” Deafbrick, which features original material the collaborators recorded at Adams’s studio in London before Deafkids flew home to Brazil, is more than just lightning in a bottle—it’s alchemized into something even better. When your outfit includes two of the most powerful drummers and percussionists in heavy music, you let their talents fly, and right from wordless opener “Primeval I,” Cavalera and Deafkids’ Mariano de Melo (a multi-instrumentalist who recently released a solo album as Sarine) use theirs to suck you into the group’s universe.

That track’s moody, shimmery synths and fuzzed-out whispers are the proverbial calm before the storm, even as they lead into hypnotic double drums; the next few take you on a sweaty, psychotropic adventure that seems to ping-pong between the cosmos, big-city back alleys, and quite possibly the bowels of hell, seeming equally at home in every environment. The haunting “The Menace of the Dark Polar Night” layers plodding beats and jittery video-game squeals, while “Máquina Obssessivo-Compulsiva” erupts in harsh industrial fury. The group also pay tribute to their DIY and Brazilian roots by adding a hand-percussion-laced groove to a version of prescient antifacist punk classic “Free Speech for the Dumb,” by D-beat pioneers Discharge (whose members join in on the fade-out to offer some “honest feedback” about the cover). Deafbrick is barely contained antiauthoritarian music of the highest order, and it already has me mentally fast-forwarding through this bumpy patch of life on Earth to imagine what Deafkids and Petbrick could come up with on a follow-up.