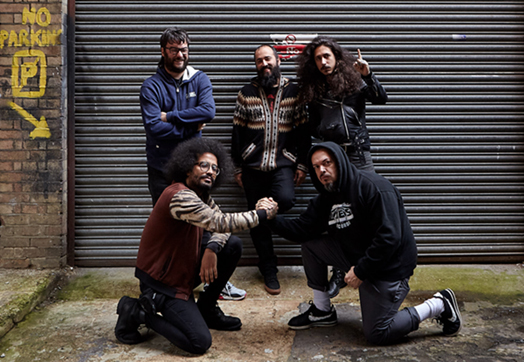 For fans of psychedelic, digitised reimaginings of punk, 2019 was defined by two acts – Brazilian trio Deafkids, signed to Neurosis’ own Neurot Recordings, and London duo Petbrick, formed by thrash legend Iggor Cavalera and producer extraordinaire Wayne Adams (of Ladyscraper and Big Lad fame). Both the former’s third LP Metaprogramação and the latter’s full-length debut I were album of the year contenders, sharing a vaguely similar sound and an ethos of resistance, whether it’s against genre boundaries or the societal status quo.

When the two collaborated at Roadburn that year, their varied influences coalesced into a primal, spiritual performance of mind-altering magnitude driven by driving percussion, formless synth soundscapes, chanted vocals and raw d-beat guitars. In that moment it felt like lightning in a bottle, but with the two acts meeting up in Adams’ London studio later that year to record an eagerly anticipated collaborative album, that bottle has now been packaged and shipped, and you’re gonna want to get a crate in...