Public Enemy – By The Time I get To Arizona
(That bass!!)
Public Enemy

Howlin Wolf – Spoonful
(As you know, he didn't like it)
Howling Wolf

Hawkwind – You shouldn't Do That
(RIP Nick)
Hawkwind

40% OFF SALE – One Week Rocket sale starts this Friday 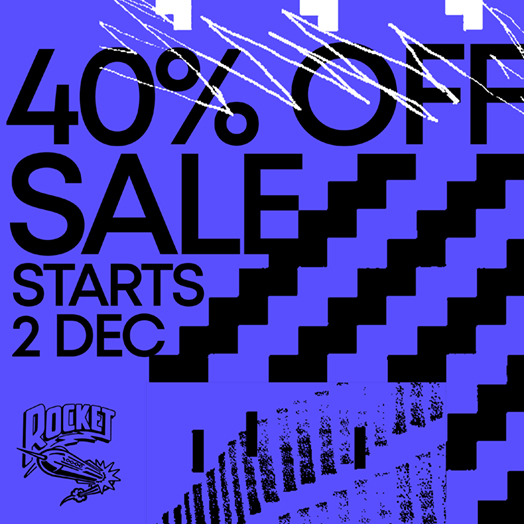 To thank you all for supporting Rocket in 2022 we are having a special 40% OFF SALE that runs from 7 days starting from Friday 2nd December at 8am. The start of the sale coincides with the last Bandcamp Friday of the year, so no better time to fill those LP/CD gaps in your collection, or upgrade your wardrobe and purchase a Ltd edition t-shirt!

We are now happy to reveal the video for first single 'Mr Medicine' – made by the artist Wilm Danby, known for his paintings and video art for the likes of Palace, Unknown Mortal Orchestra and Bullion. “When I first heard the track, I immediately felt a kind of forward motion, like being pushed forward by an unknown force in a nightmare, toward an unknown thing/place, floating but with no control. Scary but fun…” says Danby. “On repeated listens, it became sort of a mantra with riffs, about transcending fear through some kind of ritual/rite of passage. I wanted to make that ritual happen, to see what it could look like, and if it would work! A stone circle was the obvious place for this, the moon is famously great at transforming things, and transformations are usually very painful!”

Watch the bonkers, eye-popping video above.

Indie stores will be carrying 'Lucid Dreaming' (Orange) exclusive vinyl and all stores will be selling a ltd 'Black Night' (Black) vinyl edition. The album is being released via Missing Piece in the USA. 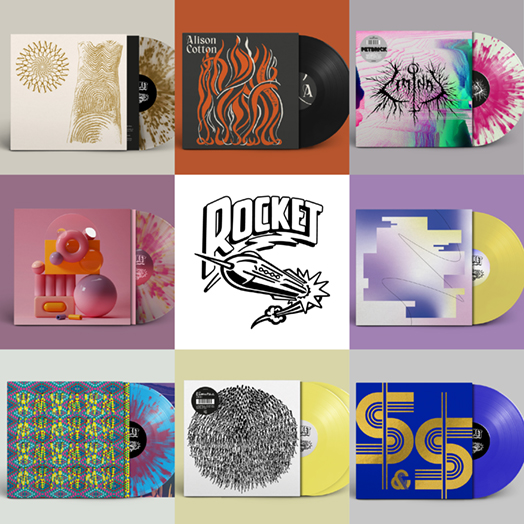 So the perfect time to support your favourite bands and labels and indulge in some new records, CDs and T-shirts, here are some of our latest releases

Alison Cotton – The Portrait You Painted Of Me LP

We have lots of other great recent releases for sale as well as some rare warehouse finds, so have a scour and see what gems you can find: 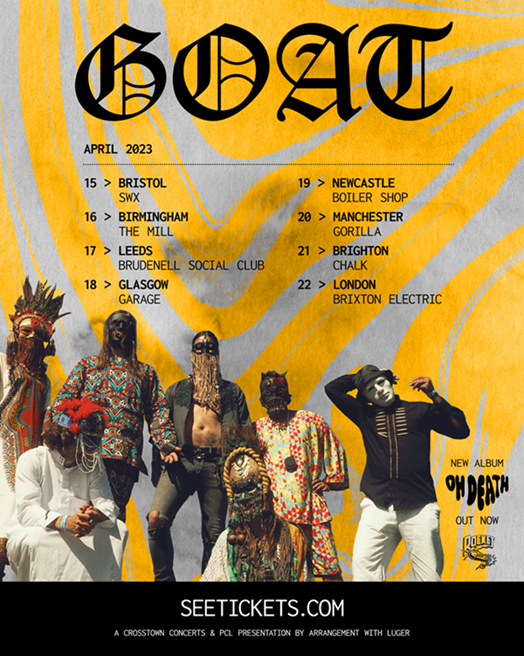 Goat have announced they are heading to the UK for a series of dates in April, tickets will go on sale at 9am on Friday 4th November:

And don't forget GOAT are heading out for some shows around Europe  from the 8th November and then in Scandinavia in January:

The LP is available on ltd 'Cloudberry Swirl', 'Acid Orange' and 'Blackened Black' versions from your favourite record shops.

And finally, our good friends over at Levitation have their own exclusive version too – so US fans should snap one of those up! 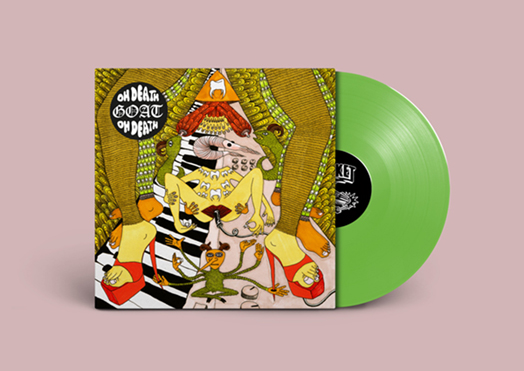 Listen to the fiery first single to be revealed from the album, the hard-hitting 'Mr Medicine' above.

The album is being released via Missing Piece in the USA.

“I’ve always liked the quote: “Sleep, those little slices of death - how I loathe them.”

Whether dwelling in the realm of dreams or nightmares, the primordial drive of the Newcastle-based band is more powerful than ever. Land Of Sleeper, their fourth record in a decade of riot and rancour, is testimony to this: the sound of a band not so much reinvigorated as channelling a furious energy, which only appears to gather momentum as the band’s surroundings spin on their axis.

"Shouting about themes of existential dread comes very naturally to me, and I think because I'm aware of that in the past I've tried to rein that in a little" reckons Matt. "There's definitely moments on this album where I took my gloves off and surrendered to that urge."

Whether this means Pigs, a band once associated with reckless excess, have taken a darker turn to match the dystopian realm of the 2022 everyday, is open to debate. The band themselves aren't necessarily convinced; "Sobriety does funny things to a man" reckons guitarist Adam Ian Sykes wryly.

"I know from my perspective, I was trying to write some much heavier and darker music" says guitarist and producer Sam Grant. "But this was an aim more as a counterpoint to earlier material, as opposed to any sort of political or social commentary. I still very much see these heavier moments as musically euphoric, and emotionally cut loose or liberating."

"For obvious reasons, the anticipation for the writing of Land of Sleeper was unlike anything we’d felt before" Adam adds. "These sessions were an almost religious experience for me. It felt like we were working in unison, connected to some unknowable hive mind."

The intensity of feeling is writ large right from the pulverising drive of opener 'Ultimate Hammer', and its rallying cry "I keep spinning out, what a time to be alive". Yet, whilst 'Terror's Pillow' and 'Big Rig' are rich with the band's trademark Sabbathian power, there's scope this time around that supercedes anything they've previously attempted. Matt's duet with the traditional folk vocals of Cath Tyler on the closing lament 'Ball Lightning', for example, is one particularly potent illustration of their expanded horizons.

In terms of emotional impact, a pinnacle on Land Of Sleeper is 'The Weatherman'. Replete with devotional rapture and radiant intensity, the band's attack slowed down to a mantric and mesmeric crawl, it marks a collaboration with the ululatory tones of Bonnacons Of Doom vocalist Kate Smith and a choir including Richard Dawson and Sally Pilikington. The resulting tumult constitutes a sound not unlike The Stooges ‘We Will Fall', reinvented and adrenalised as an invigorating sermon for the zeitgeist.

"This one presented an opportunity for me to do something completely unbridled. I wanted to surrender to the weight of the song, so the lyrics came about in much the same way I imagine a frenzied artist might throw paint at a canvas." relates Matt "I just wanted the lyrics to present an uncontrollable energy."

For all that the last few years have seen Pigs' stature rise in the wake of triumphant festival slots and sold-out venues alike, this remains a band, consummated by bassist John-Michael Hedley and returning drummer Ewan Mackenzie, who are fundamentally incapable of tailoring their sound to a prospective audience, instead standing alone and impervious as a monument of catharsis.

"Writing and playing music is often surprising and revealing, it can be like holding up a mirror and seeing things you didn't expect to see" reckons Mackenzie. "For me, the darker tracks on the record hold in common a determination not to lose faith, despite the odds."