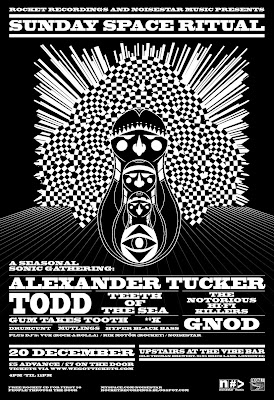 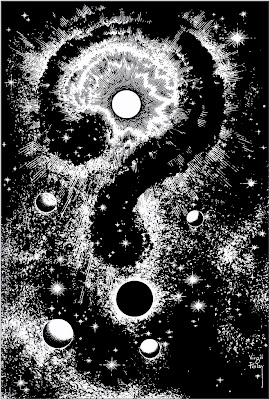 White Hills – White Hills
(The new album has just arrived in Mission Control...it must be Christmas!!)

Henry Flynt – Henry Flynt and Nova Billy
(An unusual but great record this one, Velvet Underground meets the Mothers, with a bit of ‘Jaki’ drumming.... and one track vocally sounds like a West Country Oneida!!!)

Can - Soundtracks ii
(Double vinyl release of actual Can musical score from various films - features dialogue intertwined with blasts of tracks only teased on the official releases - come one guys release the whole complete scores!!!)

Thunderbolt Pagoda – Second album (title TBC)
(Thanks to this great band for sending these tracks hot off the press, sounding good, especially the last 20min+ track, looking forward to seeing the vinyl out there) 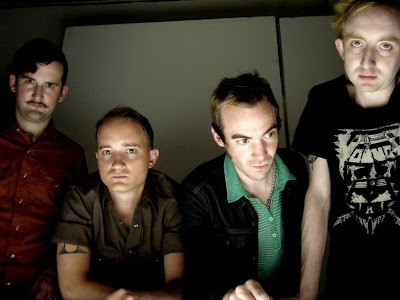 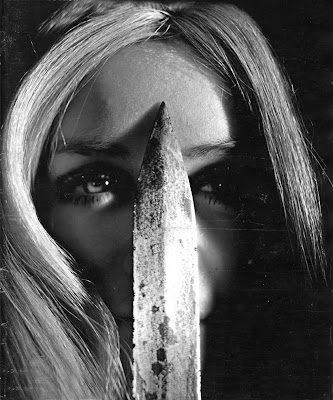 Our friends at the Quietus have decided to run a competition for you to win two tickets to a Unholy Trinity show of your choice and a free CD by each band:
http://thequietus.com/articles/03237-quietus-competition-win-unholy-trinity-tickets-cds 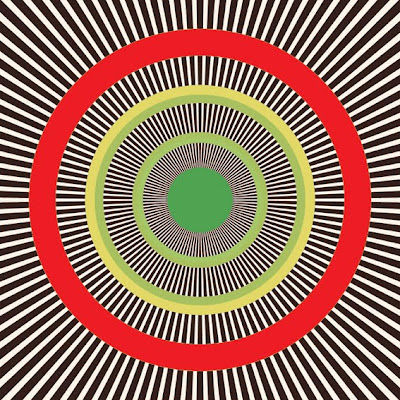 Vote for Teeth of the Sea sleeve 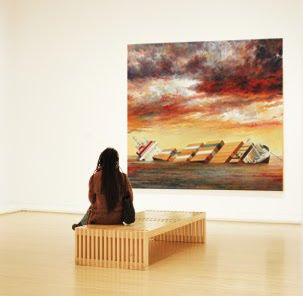 As reported before, Teeth of the Sea's debut album, Orphaned by the Ocean has been nominated for the Art Vinyl Album sleeve of the year award.
So please, nominate now, be great to get a Rocket sleeve into the top 10, its long over due:
Cast your vote here:
http://www.artvinyl.com/en/nominate/nominations.html 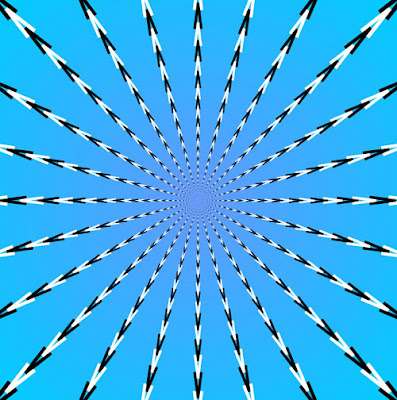 Teeth Of The Sea’s mighty ‘Hypnoticon’ EP is released in January 2010.

For now, however, here are Jimmy from Teeth Of The Sea’s favourite Sonic Slabs of Monolithic Mesmeric's.

Furthermore, here's a spotify playlist encompassing some of the soporific suckerpunches listed below, not to mention some surplus trance-inducing terrors...
Hypno-A-Go-Go


TANGERINE DREAM-Birth Of Liquid Plejades
(Zeit; Ohr 1972)
The first vibrations of an unearthly transmission still unmatched for jaw-agape awe and entranced euphoria; Like Ligeti’s ‘Lux Aeterna’ gone feral and lysergic. Ain’t nothing quite so right as an evening in with ‘Zeit’.

WINDY & CARL-Antarctica
(EP, Darla 1997)
Two frumpy weirdos deliver an incomparable(and seemingly endless) panoramic bliss-scape that resonates on dimensions beyond rational thought. A womb-world that can transform your humble front room into an oasis of opiated calm.

Potent evidence for the existence of some Buffy-esque gateway that existed in Forest in the Summer of 1973 to some fertile enchanted landscape where all life is a perpetual dream sequence of overripe foliage and hazy slow motion.

SEEFEEL-Gatha
(Succour, Warp, 1995)
Cosmic debris drifts around a motherlode of dub bass, and shadows loom in the empty spaces. Like sitting on a rusty pirate spacecraft as it spins powerless in the orbit of a dark, distant planet.

STEREOLAB & NURSE WITH WOUND-Simple Headphone Mind
(eponymous EP, Duophonic 1997)
Try to ignore the clicks and pops on the you tubeclip of this spectacularly brain-altering trip to mayhemsville. Sorry to admit, words honestly can’t really do justice to such a startling piece of work.

AR KANE-Spermwhale Trip Over
(69, Mute, 1988)
For all that its only admirers seem to be music journalists, ‘69’ still stands proud as a gateway to some parallel universe of dark, dreamlike rapture. Whether languorous and beatific, as on this here ‘Spermwhale Trip Over’, or lurking in the murkiest of ghoulish catacombs, as on the gloriously bleak ‘The Madonna Is With Child’, there’s never been another record quite as haunting, harrowing and heavenly as this.

HTRK-Look At That Girl
(Nostalgia, Blast First Petite 1997)
Frightful hollow-eyed fashionistas they may appear, but displaced Melbourne droogs HTRK have a wicked way with a languorous dirge that reaches its zenith here, a delightfully mournful clatter and sway that;s equal parts The Cure’s ‘Pornography’, prime Gristle and a ghostly wail in an abandoned warehouse.

SPACEMEN 3-Suicide (Live)
(Playing With Fire Reissue, Fire (various)
Like kneeling before some huge pulsating throne of slack. Set The Controls For The Heart Of Rugby, and wah-wahs to stun.

a) THE DEVIL RIDES OUT
Charles Gray’s portrayal of Mocaber was loosely based on Aleister Crowley, of course. Yet who knows if The Great Beast was quite such a cracking pantomime villain as this…

b) DOCTOR WHO:MASQUE OF MANDRAGORA
In her last episode of the Tom Baker-era Doctor Who, Sarah Jane Smith complained that "I must be mad. I'm sick of being cold and wet and hypnotised left, right and centre. I'm sick of being shot at, savaged by bug eyed monsters, never knowing if I'm coming or going... or been... “ Small wonder, as the poor lass did indeed seem to be used as some kind of pawn in some evil adversary’s mind control games every other week…

c) SCOOBY DOO; BEDLAM IN THE BIG TOP
I’d imagine this was many folks’ first exposure to the very notion of hypnotism. Even if the evil Ghost clown did end up unmasked as just the fairground owner trying to drum up some extra business or summat.

d) BRAINSCAN
True to form for its position as standard horror plot device for all ages, the ol’ hypno chestnut has been used as the primary narrative drive in some of the downright lamest movies of all time: Take this gem from 1994, for example. Anyone wondering what Frank Langella was up to in the many years in between Masters Of The Universe and Frost/Nixon, look no further. Or better still, look away.

e) DOCTOR WHO: SARAH JANE ADVENTURES
Turns out Sarah Jane didn’t even get her own way, mind you. Thirty years later, she was still having to battle evil masterminds intent on taking over the world by means of hypnosis. And worse still, one of them bore an uncanny resemblance to Russ Abbott… 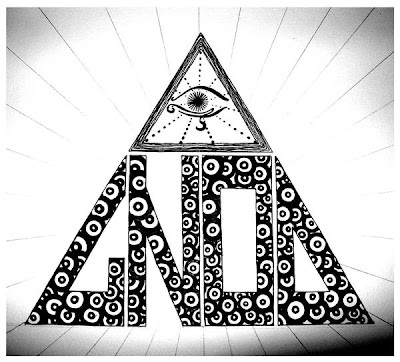 Rocket are proud to announce we are putting together a double vinyl LP release from these titans of psyche freaks. The forthcoming record will feature the official release of tracks from the previous CDR Drop Out aswell as new & unreleased tracks for Drop Out II.

For those unaware of of Gnod on these shores (as it's our first record with them), check this footage out. You can also catch them playing the Unholy Trinity shows (read previous blogs) 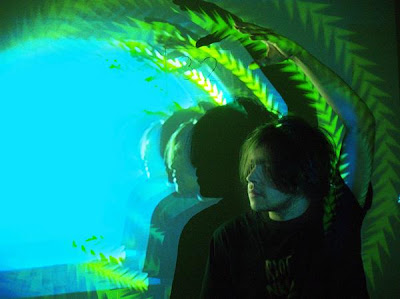 We have just found out that the amazing Team Brick is going to join the line-up of the Unholy Trinity show in London on 20th November. He is taking a break from his Beak> commitments to open the evening with his unique mix of noise(s) and melody. 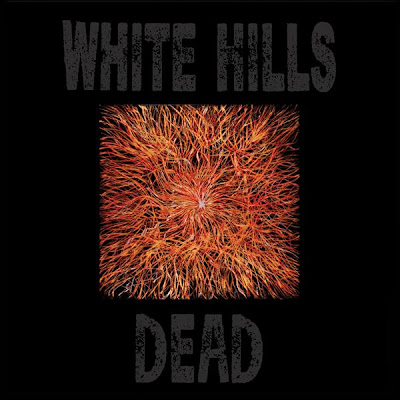 You can check out the brand new White Hills video for their new vinyl only 12" 'Dead' right here:

Through The Solar Lens - Psychedelic Sci-fi 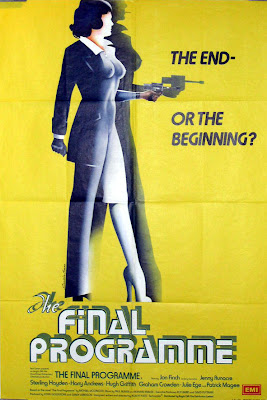 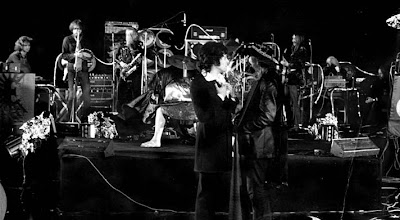 (Hawkwind on the set of The Final Programme)

Welcome to a new Rocket resource for obscure footage/out there animations/music footage etc.

First off we start with Psychedelic Sci-fi. We all should be aware of the classics, so let not discuss them here, but please feel free to contact us with some links for us to post up (if we agree with your choices) as there is always stuff we can miss.

As a start, we have gone for

The Tomorrow People is an ITV children's science fiction television series, devised by Roger Price, which first ran between 1973 and 1979.

All incarnations of the show concerned the emergence of the next stage of human evolution known colloquially as Tomorrow People. Born to human parents, an apparently normal child might at some point between childhood and late adolescence experience a process called "breaking out", when they develop their special abilities. These abilities include psychic powers such as telepathy, telekinesis, and teleportation. However, they are physically unable to deliberately kill others. (Wiki)

The Final Programme was a 1973 British comedy-thriller film directed by Robert Fuest, and starring Jon Finch and Jenny Runacre. It was based on the first Jerry Cornelius novel (also called The Final Programme) by Michael Moorcock.

A Nobel-prize-winning scientist has developed the "Final Programme"—a design for a perfect, self-replicating human being.

Rocket are teaming up with our friends at Noisestar Records to put on a joint Xmas party on Sunday 20th December at a London venue.

We are planning to have about 7 bands, DJ’s, art and merch stalls from 4pm – 11.30pm, watch this space for line-up confirmations and ticket information. 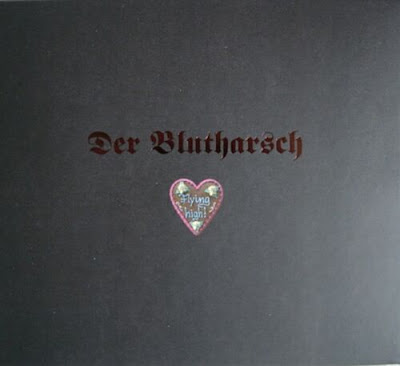 A hodgepodge of albums that have been kicking my ass recently:

Der Blutharsch – Flying High (WKN 2009)
Brand new album from Albin Julius and company that finds the band diving deeper into drone heavy psychedelia. Fantastic and heavy synth washes collide with deep space song driven material creating a heavenly sound that is black as the night. This album can take you to the farthest reaches of any black hole. A must have for all space cadets!

Black Sheep – Black Sheep at the BBC Maida Vale, April 5th 2009CE (Fuck Off & Di 2009)
Now those who know me…know that I am a big fan of all things Cope. It took me hearing this release to realize the genius behind what Cope is up to with his Black Sheep Ensemble. Guttural, primal, punishing, disturbing, cathartic, mesmerizing, beautiful, and uplifting. This is scream therapy music at it’s best. One part Cromagnon, one part Art Ensemble of Chicago and all Cope. People won’t realize the genius of this ensemble until they are long gone.

Graveyard – Graveyard (Tee Pee Records 2007)
Hailing from Sweden this band is everything that I wished for when first hearing Witchcraft. The main difference being much better song writing. These songs might sound like they were written in the 70’s but they are completely from the present. Biting socio-political commentaries add intelligence to the overall esthetic's that is not pushy but eye opening.

BORIS - #2 H.M.A. (Heavy Metal Addict) b/w Black Original (Southern Lord 2009)
This, the second installment of a series of 3 45’s from Boris finds the band grinding away in a heavy metal pyre. Something is a bit off kilter with this 45…is it the hand clap track on H.M.A or it’s almost propulsive driving disco feel combined with a truly metal guitar lick. I can’t pin it down, but I like it!

The Stooges – You Don’t Want My Name You Want My Action…1971 The Missing Link (Easy Action 2009)
A 4xCD boxset documenting The Stooges short lived line-up that featured the dual guitar attack of Straight James Williamson and Ron Asheton with Jimmy Recca on Bass and Scott Asheton on drums. The sound quality is what one has come to expect from such Stooges releases, but that does not detract from the raw primal energy this band had at the time. Wild and punishing, this is not music for the meek. Lately the show from St. Louis at The Factory on 5/26/71 is the disc that I am digging the most. 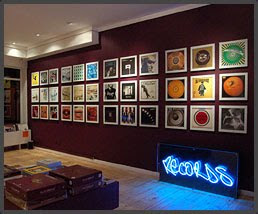 Once again Art Vinyl, have put together the 50 nominations for Best Art Vinyl 2009, a poll of the best vinyl record cover art of the year.
Teeth of the Sea - Orphaned by the Ocean has been selected as one of the fifty nominations. To view last years nominations, click on the following link: