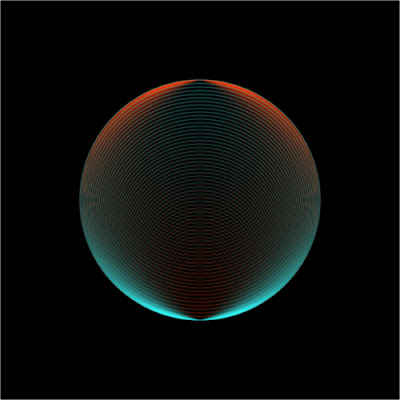 Teeth of the Sea – TBC
(The new album is finished and is being mastered in the coming weeks and we are extremely excited by it...hard to describe how it is sounding as it is kind of unique, maybe somewhere between Eno's ‘Another Green World’ and The Buttholes ‘Locust Abortion Technician’)
The Mask of the Imperial Family – Track 5
(Taken from their self titled album.... sampled drums, looped electronics and repetitive untreated guitar...sort of sounds like Coil meets Spacemen 3)
Loop –Prisma Uber Europa
(Nice find in a great Barcelona shop called ‘Wah Wah’...this 12” includes a great live version of Burning World that we haven’t heard before, it is nearly on a par with the live version off the Italian ‘Red’ live album)
Lumerians – Burning Mirrors
(The lead track on this two track 7” is a great cover of Crazy Horses, once again, thanks to Dave Cambridge for turning us on to this)
Skyramp – Days of Thunder
(Lovely analogue electronica soundscapes with a bit of 80’s movie soundtrack kinda vibe from a collaboration between Oneothrix point never and Mark McGuire from Emeralds)
You're Smiling Now But We'll All Turn Into Demons – Prismatic Reflections
(Classic Rocket type superfuzzed big muffed psyche - thanks again Dave C!!)
David Wrench – Spades & Hoes & Plows
(Traditional folk themes from around the British Isles, each preaching defiance and insurrection in dark experimental ballads)
VA - Love's A Real Thing - The Funky Fuzzy Sounds of West Africa
(Early 70's psychedelic Afro grooves, Moussa Dombia’s “Keleya” Krautfunk and the fuzz guitars of “Allah Wakbarr” by Ofo The Black Company - stands out)
Can - Monster Movie
(On a polyrhythmic trip with Jaki Liebezeit)
Black Sheep - Kiss My Sweet Apocalypse
(Long mediative drum workouts & ambient chanting, Rocket are getting into a serious groove thing this month, primitive repetition...)
John Carpenter - Escape From New York (soundtrack)
(Selective tracks - The Dukes Arrives / The Barricade / The President at the Train / Over the Wall - tension building keyboard themes)
Eluffant - S/T
(Scarce 70's Dutch psyched out of this world keyboard driven prog monster - a sample - approx 4.30 mins in here)
--- 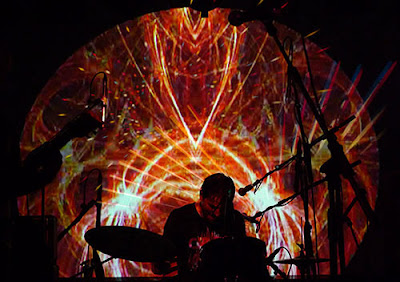 Rockets fave drummer Kid Millions from Oneida gets interviewed by New York Times about his debut solo album Man Forever, read it here.
Also we at Mission Control can't stop listening to Kid and Bobby's vinyl only album 'People of the North', it is a great album!!!
--- 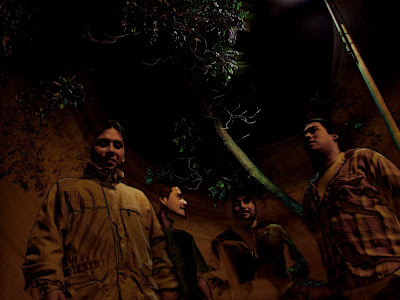 We are proud to announce that the new album Mecanica Celeste by Peruvian Space Rockers Serpentina Satelite will be released on Rocket Recordings on 6 September 2010.

It will be available as a ltd 600 copies vinyl LPs (one hundred on colour vinyl) plus foiled sleeve. The LP will also come with a free download code. The album will also be available to buy on download via iTunes.

After the success of their last raved about album Nothing
to Say, the band returned to their studio in Peru to record
this more ambitious and accomplished sounding follow-up.

The album recalls all the great psychedelic bands from the
past forty years, from the 70’s bands like Ash Ra Tempel,
Amon Düül II and Hawkwind; through to 80’s bands like
Monster Magnet (particularly TAB era) and Loop and
todays contemporary cosmic warlords like Eternal Tapestry,
White Hills and Magic Lantern.

Mecanica Celeste is a conceptually unique take on
psychedelia, conceived by manipulating traditional religious
songs, text ideology and poetry with heavy fuzz guitars,
swirling drones, spaced out wah solos, motorik rhythms
and delayed vocals, to create a head melting experience of
an album which climaxes with the proto metal riffs of track
Sendero, giving the band a fresh sounding approach to the
well trod grounds of space rock: Serpentina Satelite tried
to get to heaven but ended up in space!

Since the birth of the band in late 2003, they have honed
their free-fall haze of fuzz and feedback to diverse stages
in the cloudy city of Lima. The band look forward to cross
the Atlantic very soon in order to bring their sun damaged
cosmic psych to the unexpecting European audience.

Here is a taster from the new album: 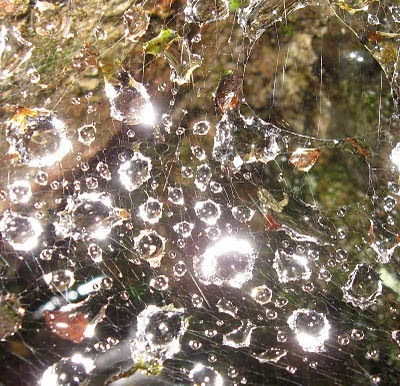 The world of Head Heritage/Julian Cope has opened many doors for me over the years…for example hooking with Rocket Recordings. Besides that, I’ve had the pleasure of meeting many people that I probably would have not met if it was not for Julian giving White Hills props early on…it just so happens that many of these people make music themselves. One of those people is Stephen Bradbury aka Squid and his utterly fantastic project BLACK TEMPEST.

The latest release under the BLACK TEMPEST moniker is Proxima…a massive work of some truly amazing cosmic music. Flowing naturally like ocean currents, Proxima is seemless and organic. Over 52 minutes, the three tracks that comprise Proxima weave pastoral and heavenly synth washes and sequences with tasteful processed guitar and electronics. The longer the song the more difficult it is to keep a listener captivated…that is not a problem with this album. The different parts in each composition come in and out at exactly the right moment keeping the listener attentive and engulfed in the music from beginning to end. For this Mr. Bradbury should be applauded.

Nothing about this album sounds forced at all. When I listen to this disc, I am taken to a different place each time. It’s the perfect soundtrack for inner peace and understanding.

Proxima was released as a limited edition CD-r of 50 copies on Apollolaan Recordings. At this time it is sold-out but you can still purchase the music digitally directly from the artist for only £3 here, http://blacktempest.bandcamp.com
Stephen tells me the companion to Proxima, titled Ex Proxima, is already finished and in production. I for one look forward to its release!

For more in formation on BLACK TEMPEST go here…
http://www.myspace.com/blacktempest1
and for information on the other fine releases Apollolaan Recordings has to offer go here… http://www.apollolaan.co.uk 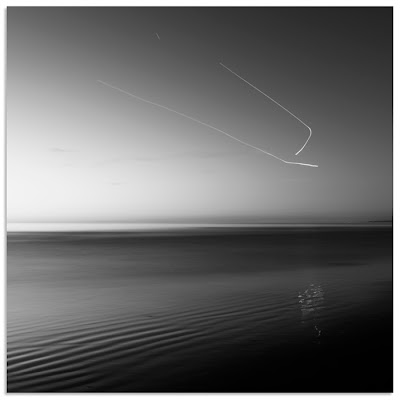 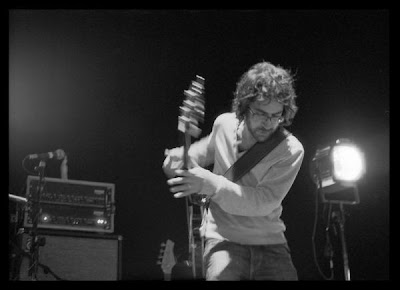 To add to 'Brain Crushing Sounds' blog http://braincrushingreverberations.blogspot.com/
Billy from Beak> sent me this link to their show at Primavera festival 2010
http://redbullmusicacademyradio.com/shows/2843/
& some other available shows:
http://www.redbullmusicacademy.com/daily-news/post/All/0/1558
--- 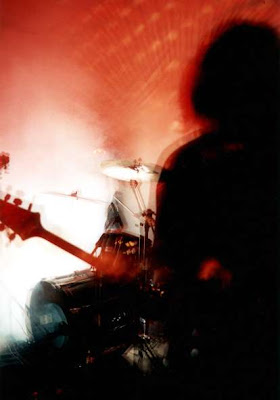 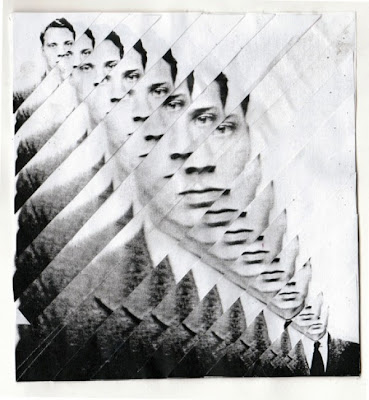 A fellow Rocket musicnaut has created this blog where you can download some great shows by the likes of; The Heads, Endless Boogie, Sun Araw and Thee Oh Sees.

Apparently there are a lot more to come in the future...have a blast of the action here.
--- 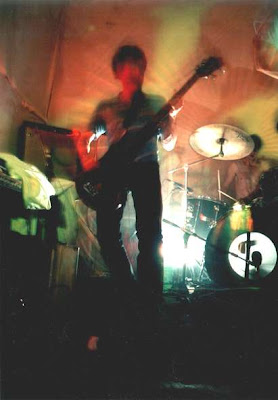 Paul from The Heads sent us this statement:
Hugo has joined Fuzz Against Junk.
Dont worry this doesnt threaten The Heads future.
Band taking a new direction with Paul on Fuzz Organ for a more early Kraftwerk, Floyd and Soft machine vibe. new sounds on myspace soon!!
Contact me for gigs at our myspace:
http://www.myspace.com/fuzzagainstjunkuk
Cheers
Paul
--- 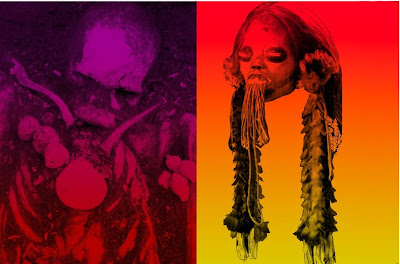 WInged sun records has released a split cassette by Annapurna Illusion (who are soon to be appearing on a rocket vinyl) and their evil twin, the amazing High Wolf, who release stuff via the amazing Not Not Fun and they been known to feature the mighty Gnod within their live line-up.
You can listen to the tracks plus buy this soon to be sold out cassette (plus other great music) here
Also High Wolf are going to be playing some extremely rare UK dates this June:
22nd - Chameleon, Nottingham
23rd - Canon's Gait, Edinburgh
24th - The 13th Note, Glasgow
25th - Culture Lab, Newcastle
30th - Klondyke Bowling Club, Manchester
There are still more shows to be confirmed, so keep an eye on their myspace to see where the tour will take them.
---

Teeth of the Sea @ Stag and Dagger

Footage of Teeth of the Sea playing Hypnoticon at the recent Stag and Dagger festival in Shoreditch... 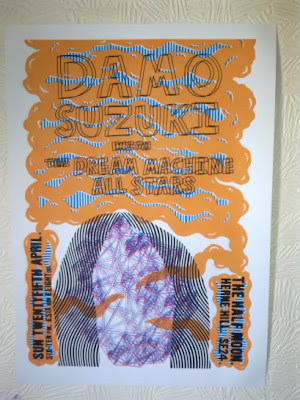 Friends of Rocket Chaos Vs Cosmos have some great silkscreen posters for sale:
CLINIC 4 colour A2 screenprint available now, £12 inc p+p (in UK, message me for rates to elsewhere.) I sold most of them at the show but I have copies left to sell!
Click here for more info
and there are still some of the DAMO SUZUKI screenprints available too, 4 colour A2, £15 inc p+p (UK)
Click here for more info
--- 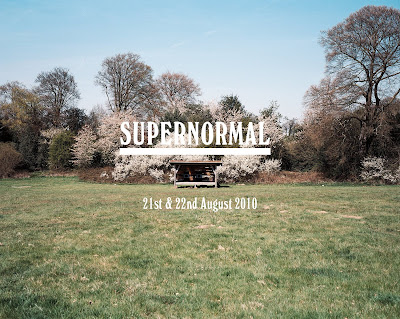 The first few acts have been announced for the Supernormal Festival 2010 which takes place Saturday 21st — Sunday 22nd August at Braziers Park, Oxfordshire, OX10 6AN. United Kingdom.
Amongst the confirmed acts so far, there are:
Faust
Teeth of the Sea
Gnod
Thought Forms
Bong
Sunday Mourning
There are a lot of other great bands still to be announced, but it is already looking like it is going to be a fun weekend.
Tickets can be picked up from here
---