TEETH OF THE SEA LAUNCH PARTY 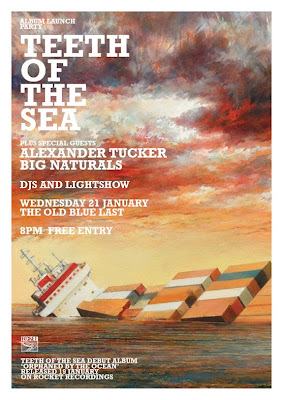 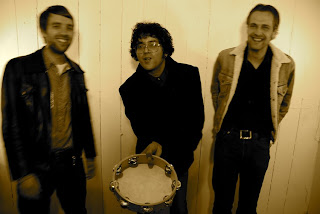 Hailing from south London, The Notorious Hi-Fi Killers have slowly emerged as one of the generation’s most sophisticated guitar-based bands. They have perfected their art through a series of acclaimed releases starting in 2006 and via their incendiary live sets.

Formed in 2005 by Jonathan Richards, Tony Mountford and Rhys Llewellyn, they began by furrowing both their own music and popular music history, giving it their own twist by bringing equal amounts of volume and texture to the forefront, whilst never neglecting the killer hook.

Following a year of honing their craft onstage alongside some of the UK’s finest such as Part Chimp, Lords and Bilge Pump, The Notorious Hi-Fi Killers released their debut single themselves – a brutal eponymous titled 7” on their own Noisestar imprint. Taking it on the road, the single sold out and is currently out of print. The band continued to work on their debut album, recording in Camberwell with engineer Tim Cedar (Ligament, Sophia, Part Chimp). These recordings became the album ‘Which side are you on?’, which was immediately snapped up for release by London-based Rocket Recordings and saw the light of day in early 2008, winning international appreciation.

Continuing on the road throughout 2008, taking stage alongside friends and peers The Heads, Parts and Labour, Shit & Shine, The USA Is A Monster and White Hills, the band decided to head back into the studio whilst the iron was white hot, to pull together a further two releases…First out of the traps being ‘New Spirituals’. Committed live to tape during a radio session, New Spirituals presented the first opportunity for fans of the group’s studio debut to grab these songs, new and improved, on the blessed format of vinyl LP.

Harnessing a lighter, more psychedelic sound for current live sets and the upcoming LP, the band – now featuring Hungarian drumming powerhouse Tomas Kiss in place of a departed Llewellyn – are at present putting the finishing touches to what is sure to be one of 2009’s finest and most surprising long players. In the meantime, further shows are planned for the UK and Central and Eastern Europe for the remainder of 2008. Where 2009 takes them, only their vision can restrict. 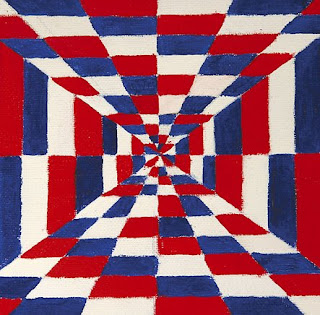 “Which side are you on?” CD Album 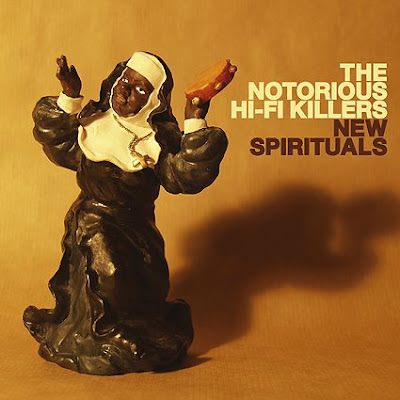 "4/5 - Here's a vinyl only stopgap of radio sessions to whet your appetite for the second album, due next year, from our premier psychedelic swap-rock torchbearers, The Notorious Hi-Fi Killers. A steroid-enhanced rip through the 13th Floor Elevators' Reverberation (Doubt) evidences the group's familiarity with acid rock's first wave, but the superdense, late-1980s sounds of Spacemen 3 and Loop have been snaffled along the way, and burnished with battery-acid blues licks. This heady mix sounds as if it was sunbaked somewhere on the Texas border, but in fact it percolated up through the drizzle of south London. And there's more coming soon."

"8/10 - ...the final victims are The Notorious Hi Fi Killers who have emerged from South East London with their debut album ‘Which Side Are You On?’, a psychedelic mixed bag of a record that crosses so many genres it is hard to know where to place it. The album starts with a fuzzy ‘Dragonaut-esque’ bass and vocal sound that is totally turned on it’s head as the album moves through the bluesy garage rock of tracks like ‘Lost In The Modern World’ to tracks like ‘Don’t Wanna Know’ that have a spoken word Motorhead feel to them. All this variety leaves little room for boredom and is either a source of pure genius or the product of a talented band with ADD."

"4/5 - These south London compatriots of Part Chimp, Duke Garwood and Alexander Tucker – all of whom guest here – finally kick out some biker-psych power trio jams in the studio. Mondo heavy blues collide with superfuzz space rockers, culminating in the heroically dilated Near The Final Destination."

"Imagine MC5 taking a stab at Spacemen 3 or Blue Cheer doing Loop and you're close to what London's The Notorious Hifi Killers offer up on their debut album. "Which Side Are You On?" will be coming out on Rocket Recordings, a label whose pedigree you can trust when it comes to blown-out psych and burly fuzz. The band has a killer, fuzzed-out guitar sound propelling their heavy-blues edge, but they also sport a primal rock-n-roll /stoned / psychedelic side. The track "Near The Final Destination" is a stellar example of the Hifi Killer's take on psychedelic bliss -- thanks to the added assistance of Alexander Tucker, Duke Garwood and members of Part Chimp, while "Queen O' Fuck and "Don't Want To Know" showcase their penchant for ferocious biker-punk anthems."

TEETH OF THE SEA 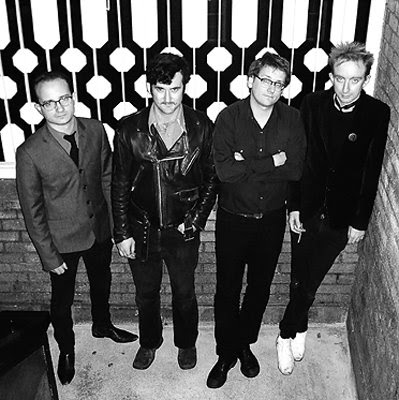 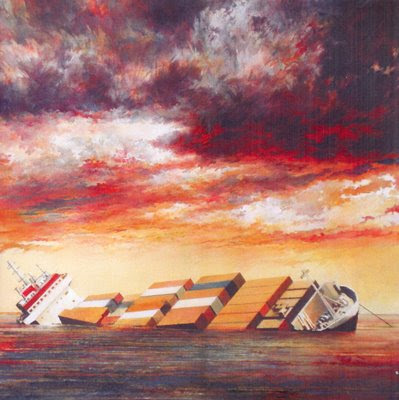 "In a time before Teeth of the Sea, there was JAWS. A mythical beast that existed chiefly in its members’ imaginations, it was to be the ultimate incandescent and unsavoury aural burnout; a bracing, no-rules tarpit of abjection and intrigue. Then they actually had a band practice, and found that instead it sounded like an inept, drumloop-driven racket. Only mildly disheartened, the band lay dormant until a decidedly blurry, in-the-red evening at a show in one of the murkier quarters of the metropolis, when its entourage were excited enough in their addled state to forge a master plan once again: Their mission: to stand atop the scrapheap of modern avant-rock like some wayward, drunken colossus.

Armed with freedom of intent, irreverence and sheer hedonistic spirit, they would banish the legions of laptop-tapping timewasters and po-faced noisemongers that habitually blighted their evenings out, forever. Then they actually had some band practices, and were pleasantly surprised to find that what emerged from the new lineup was a turbulent, fiery and atmospheric instrumental brew that encompassed searing cosmic psychedelia, melodramatic giallo soundscapes, mariachi melancholia and kraut-tinged droning occultism. This band hence metamorphosised into Teeth of the Sea. Two years and more have now passed since that fateful night, and though their sound has blossomed into the expansive, evocative and electrifying elixir you’ll hear on their Rocket Recordings debut Orphaned by the Ocean, their modus operandi remains exactly the same: To forge onward irrespective of genre, fashion and occasionally common sense. To have no agenda save what thrills them at any given moment. And to place reckless oblivion as the ideal destination for their quest. Orphaned by the Ocean, a far-reaching travelogue boasting an embarrassment of riches in texture, atmosphere and bloody-minded amplified overload, is nonetheless merely the first stop along the way.


In the vein of: Goblin. Liars. Eno. Harmonia. Butthole Surfers.


"London experimentalists Teeth of the Sea wander through a thick haze redolent of both pea soupers and opium dens. Their head melting onstage sound manipulation is enlivened by looping trumpet hooks and fuzz solos." (Kerrang! review of one of their shows supporting Wooden Shjips and The Heads)