Rubble – The Farewell Drugs
(Finally!!!!....after having a version of this on a CDR for several years now it has finally made it out on vinyl, Buttholes meets Wellwater Conspiracy meets Monoshock, loads of great fuzz punk, blissed out psych, krauty grooves)

Woods – Out of The Eye
(Motorik droner from their forthcoming Sun and Shade album..thanks to Dave from Optical Sound for telling us about this one) 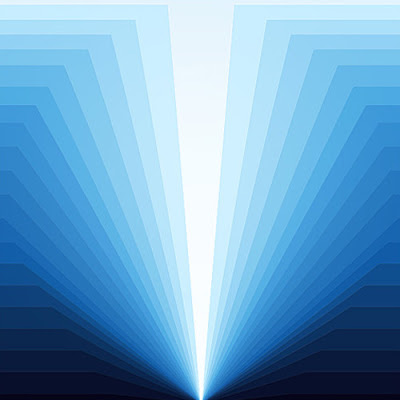 Check out this great footage from Roadburn of the mighty Pharaoh Overlord covering Spacemen 3's Revolution...let's hope they do a studio version one day!!
See it here
--- 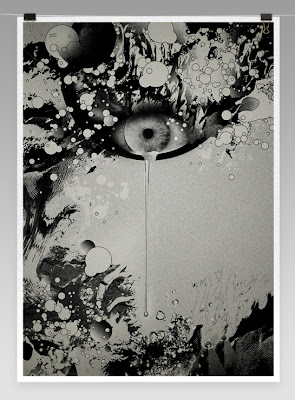 Here is a nice review of Gnod new album on Rocket INGNODWETRUST which is released on June 6th on Ltd white vinyl LP and download:
The UK drone psych rockers are back with a new full length record. The Middlesex split LP was released earlier this year and I reviewed that already but this is something quite different.
The A side is one long track called Tony’s First Communion and what ever priest he saw, sure gave him a load of LSD or strong mushrooms or ayawaska! I have never heard a Gnod record with such a clean, clear production either. Anyway, the track has a very straight drum and bass line that hardly changes for a very long time as the Dark Energy synth starts things off but then slowly a lot more sounds and voices float into the landscape as the track slowly builds up. A lot of spaced out sounds get quite loud as some guitar now starts to enter into the sound in a subtle way and the pace is increased slightly and then it ends. A cool trip.
Vatican starts with some distorted drums and then a spaced out sample in Italian over a sort of organ like sound. This track has darker feel to it as the spaced out voice slowly fades to the background and the distorted bass and drum gives this one a freaky sound as the synth sounds fly around the soundscape. The theme that started the track comes back to end it again. Yet, another Gnodly mindfuck that sadly only lasting 33mins. This released on 500 copies on white vinyl and as a download option, no CD will be pressed as far as I know (at least right now).
See the review in full here
--- 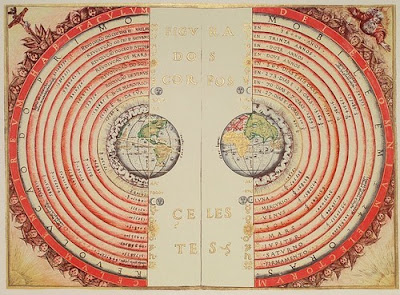 To celebrate the Teeth of the Sea tour with Parts and Labor which starts tonight at Camp, The Quietus has asked TOTS Jimmy Martin to interview their touring partners Parts and Labor.
Read all here
--- 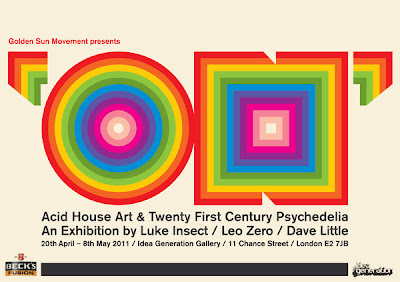 Three of the UK’s most influential graphic artists, members of an ever morphing collective named Golden Sun Movement, exhibit a collection of hypnotically striking works at Idea Generation Gallery from 20th April 2011. Luke Insect, Leo Zero and Dave Little share a common thread, not only in their roots seated firmly in the psychedelic scenes of the 60s to the present day, but also in the impressive roster of musicians, clubs and brands for which they have produced artwork. Newly created site-specific pieces will sit alongside the artists’ most recognisable commissions which previously existed as some of the most lauded club posters and album artworks. ON and Golden Sun Movement represent the contemporary equivalent of Hapshash and the original UFO spirit. 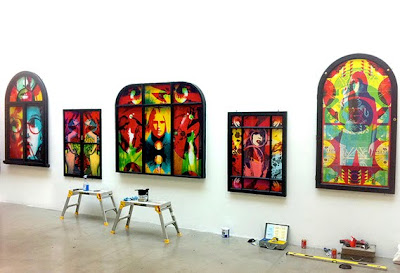 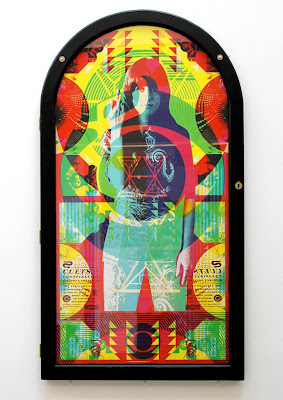 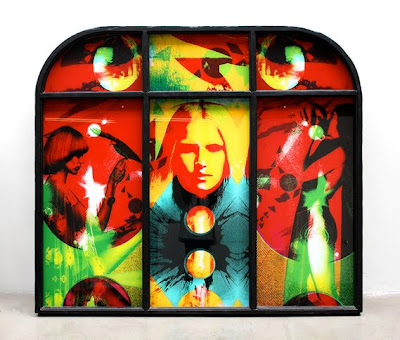 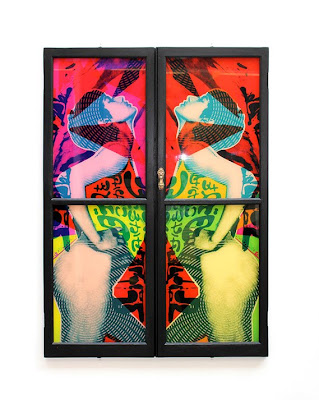 luke-insects-reclaimed-window-frame-pieces
ON will display not only a selection of the artists’ originals and back catalogue works but also bespoke site-specific creations inspired by the converted warehouse space of the Idea Generation Gallery. The mixed media creations will be made as a trio and individually. Featuring eye-bending perspectives, shocking colours and a pastiche of styles including Victoriana and Pop Art the show resonates with vivacity.
ON: Acid House Art & 20th Century Psychedelia
---

Teeth of the Sea live in Dalston this Thursday 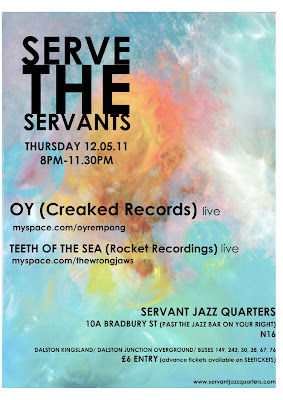