Slow River Slow – TBC
(Readings finest dropped this bombshell on us a couple of weeks back...Monster Magnet, Loop, Dead Meadow and The ‘wind are all accounted for within these 5 fuzz-wah loaded tracks...be great to see this reach the public one day!!)

Magic Lantern – Platoon / Show Stopper
(They have gone a bit more into the Sun Araw direction...but that is no problem, great Funkadelic sounding grooved out psych)

Nadja – Bodycage / Radiance of Shadows
(Fell asleep to these blissful albums recently and then got woken up by earth-ending shattering noise...amazing drone/noise/shoegaze/doom)

The Fall – Your Future Our Clutter
(Can’t stop playing this album, can’t wait to see these tracks live, Mr Smith is definitely on a roll)

Zoo – Hard Times
(Awesome slice of funked up heavy rock with one helluva killer riff, a ‘Nothing is...’ favourite)

This Heat - Live in Krefeld
(1986 copy of this originally cassette-only release Post-Punk, Krautrock 1980 concert, thanks to Paddy & Chris for the vibes!)

Faust - Ravvivando
(Something of a Faust revial in these parts, claustrophobic and intense, might have something towards the up & coming Eraserhead world my life will soon be entering eh Kev?)

The Deviants - 3
(The Deviants, Pink Fairies & Edgar Broughton Band, it's the '60s dream teetering on the brink of the precipice.....welcome to the bands that severed that dream)

Cosmic Psychos - Down on the Farm
(Along with Lubricated Goat 1st few LP's, CP's 1st album on Amphetamine Reptile records is the best in OZ brutal Stooged distorted wah mayhem, makes you want to drink & destroy) 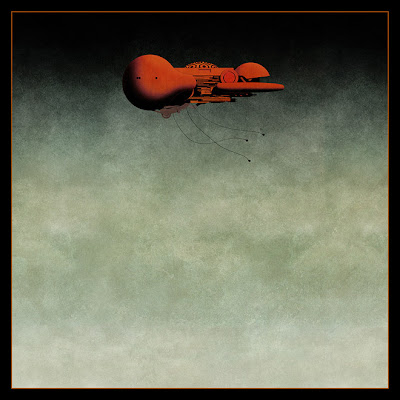 The guys from Quietus have had a quick chat with Teeth of the Sea about the show they are doing on the Quietus stage at this years Stag and Dagger festival in London on 21st May
See what they say here.
---

Teeth of the Sea have uploaded the track Cities of Gold which was featured on the Rocket/Noisestar xmas party CD for you to listen/download on Sound Cloud.
For those who didn't get their mitts on a copy of that CD and wants to hear /own this exclusive Teeth of the Sea track then go here.
If anyone wants top buy an actual copy of the xmas party CD (see last decembers posts for tracklist), we have found 4 copies and selling them for £5 plus postage, if interested email rocketrecordings@yahoo.co.uk
--- 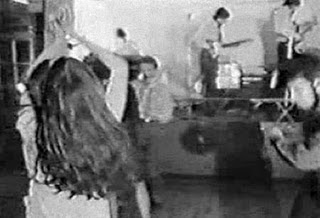 Matt from Teeth of the Sea has written a very insightful piece on Tavistock based psych band The Cloud Shoppe, read it here.
--- 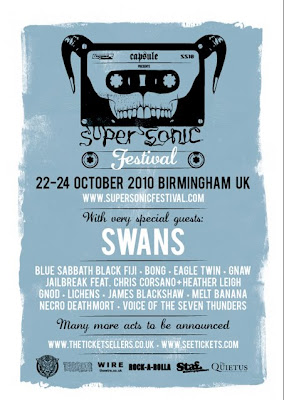 Also keep the weekend of the 21st/22nd of August free for a very 'super' festival indeed!!
Watch this space...
---

Friends The NHFK's have made this video for their new single MOREAGAINNOW! and as its in the spirit of The Moles one we made we give our thumbs up, as a job very well done.

ON THE DECKS # 13 - Various Items Tickling My Ears 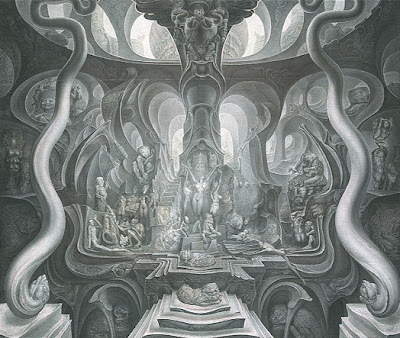 In preparing this months OTD there was too much to choose from, so once again I will highlight a number of things that have been tickling my fancy over the last month.
CARLTON MELTON / EMPTY SHAPES -
Split LP (Mid-To-Late Records)
I’m still on a big Carlton Melton trip and was anxiously awaiting the gig White Hills recently played with these California space monsters. Also playing at the gig was Empty Shapes. The two bands released a split LP for the tour and let me tell you it is one amazing LP. Both bands rip it up and take the listener into the far depths of your mind. Empty Shapes unleash 3 tracks that bring to mind Parsons Sound. Dense, thick, and droney. Perfect for heavy meditation. Carlton Melton’s side takes off where they left us with the “Pass It On” LP. Two tracks in total…one taking up almost the entire side. I can’t recommend this LP enough…and it is pressed on black and white vinyl! Pick one up before these suckers are gone forever.
JONAS REINHARDT-
Powers Of Audition (Kranky)
Second LP by these kraut informed space cadets from San Francsico. Less of a solo project for
the bands mastermind Jesse Reiner this time around. He assembles a band that contains
members of Mi Ami, Trans Am, and 3 Leafs to help him out. The result is a compelling album that should appeal to fans of Klaus Schulze, Cluster, and Ashra.
3 LEAFS -
Space Rock Tulip
Yet another spacerock super group so to speak from San Francsico. 3 Leafs contain members of Tussel, Citay, White Pee, Daevid Allen’s University of Errors, and Jonas Reinhardt. This album has it all for any psychrocker… motorik grooves, space jams, hypnorock and wonderful ethereal moments. This is a self- released LP and is worth every cent.
MUGSTAR -
Sun, Broken (Important Records)
With Sun, Broken…Mugstar have fashioned a tight and amazing space punk juggernaut of an album. Drugged out and hypnotic…everytime this CD ends I find myself starting it over again because I want more and more of it! These Liverpudlians deserve more success than they already have. Definitely one of the best neo-psych space heads on the scene. A must have for anyone psychedelically and punk informed.
Dave W (White Hills)

'Nothing is...' A new night by Rocket and Walls have Ears 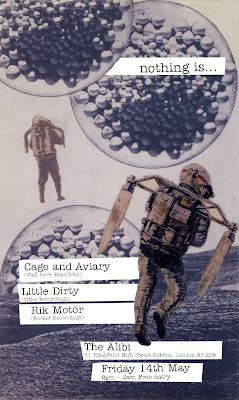 Rocket Recordings and Walls have Ears present:
Nothing is...
(A night of cosmic sounds)

Teeth of the Sea - Session on Resonance FM 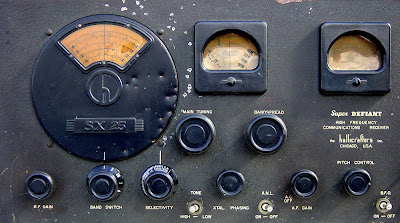 Returning to the show for their 3rd live session, the mega-sonic grandeur of Teeth of the Sea

'It's their ability to appear monolithic and definitive at all times that makes Teeth of the Sea so attractive!' - Julian Cope