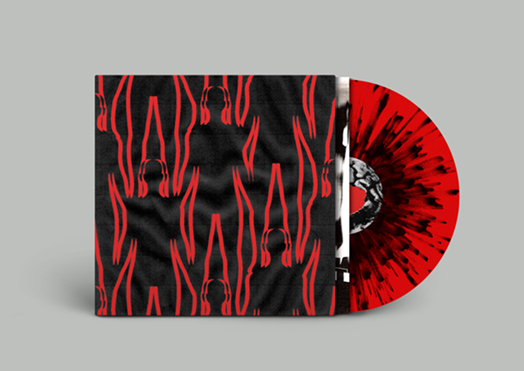 ‘DEAFBRICK’ is a collaboration between two bands who don’t fit into existing styles. There’s PETBRICK, the London-based duo Iggor Cavalera and Wayne Adams, and there’s DEAFKIDS, the Rio De Janeiro-based trio of Douglas Leal, Marcelo Dos Santos, and Mariano Sarine. PETBRICK are heavy music made with no guitar. Adams plays moody, distorted synths over Cavalera’s complex, energetic drumming. DEAFKIDS started out as a heavy hardcore band but quickly became something much more interesting and genre-defying, incorporating elements of psychedelic music, noise rock and genuine noise, and polyrhythmic percussion from Brazilian music. Both bands make music that sounds like no one else, music that is fully their own. Now they’ve joined forces.

Both these bands are very creative and resist summary, so I’m omitting a lot by boiling them down, but I think doing so helps to get at how their collaboration works: at the heart of their sound, PETBRICK are an aggressive high energy rock band that makes you want to move, while DEAFKIDS are a heavy experimental drone band that invites you to a trance state through layers of noise collage (it’s similar to what hypnotists sometimes call sensory overload induction – while they play harsh music, it can be oddly comforting, like a weighted blanket made of sound). ‘DEAFBRICK’ draws on all of these elements, but combines these musicians’ artistry into something genuinely unique to their collaboration...