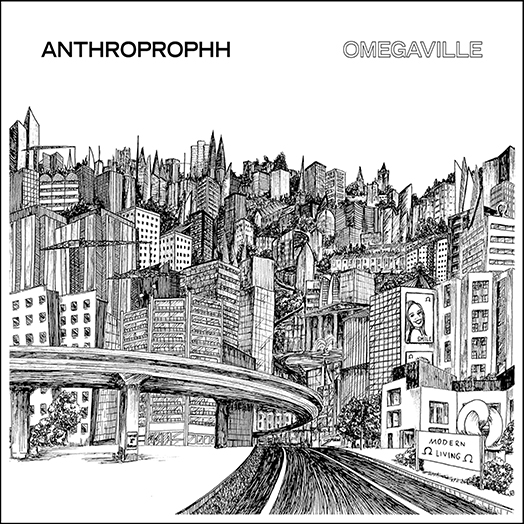 In 1998 Rocket Recordings put out their first release – a split single by The Heads and Lilydamwhite. Twenty years later one member from each band (guitarist Paul Allen and bassist Gareth Turner respectively) are still with Rocket. Their band (also featuring Turner’s partner from Big Naturals. drummer Jesse Webb) are called Anthroprophh. Omegaville is their third record on Rocket. With this album Allen is looking at Can’s Tago Mago and attempting to emulate the mixture of short, tight tracks and sprawling weird-outs.


Omegaville absolutely explodes out of the blocks with 2029. Under two-minutes of Wah-wah, shredding and Ladbroke Grove Hippie-Punk (Hawkwind, Pink Fairies, etc.). Dead Inside isn’t much longer and is equally explosive. At this point I think the Album of the Year debate is all over.....
Read the rest here: Soundblab