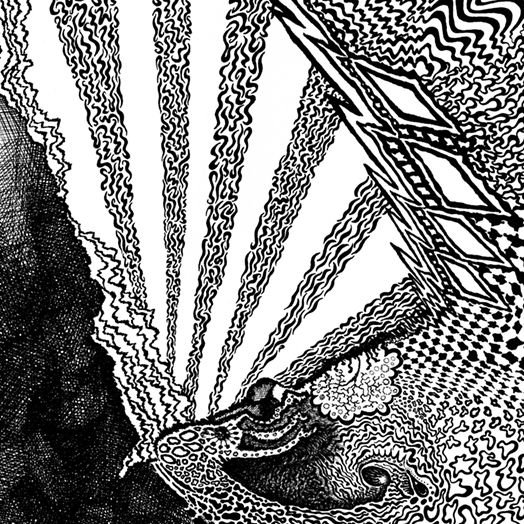 WHITE HILLS/GNOD - AQUARIAN DOWNER
Rocket Recordings’ Record Store Day offering is a re-release of the 2008 tour CDr collaboration between GNOD and White Hills. It is out on Deep Space Blue Swirl vinyl.

I have no idea who’s doing what here so let’s just get down to it. Belonging fades in on a nasty, crashing drone, damages your hearing for three minutes and then fades out. It’s rather like something Faust might have found at the end of a tape in the 70s. Hard Butter Reality is equally Faust-like as Free Jazz bells and rattles compete with reverbed piano. Quiet explosions of noise break through every now and then creating the sense of two great beasts circling each other waiting to see who will attack first. But instead a kind of rhythm is found and with it, some kind of focus. Bongos appear and the feeling is still very stoned and ‘1970s in a forest in Germany’. After eleven minutes it all finishes with a short effects pedal drone... 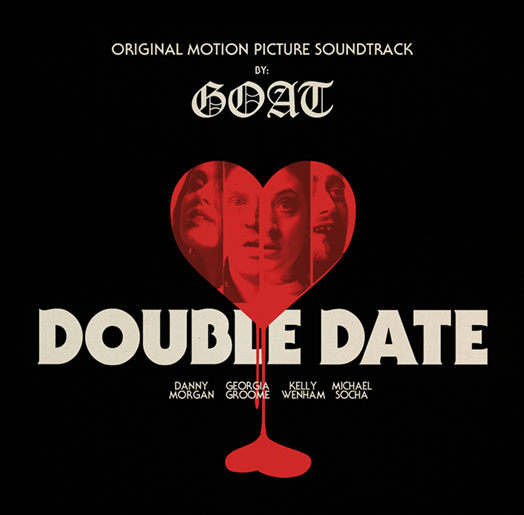 GOAT - DOUBLE DATE
Released on limited edition 10” 'Pool of Blood' red vinyl for Record Store Day, Goat's soundtrack to Benjamin Barfoot's horror spoof, Double Date is not what fans would expect. Whilst in the tradition of Carpenter's Halloween and Goblin's Suspiria, Goat have found distinctive voice by blending just enough of their own rhythmic mischief into the mix.

Goat actually appear in Double Date in a nightclub scene, and this is where the genesis of the project can really be found. The soundtrack itself just augments mood, as soundtracks are supposed to do i.e manipulate the audience into feeling, experiencing or anticipating. Hence 'Man Eater' probably plays when the central female characters true sociopathic natures are revealed. Muffled screams and spine chilling sound affects brought to a close by intensifying percussion. Or the horrible foretelling (I'd imagine) of the track 'The Three of Us Together Again' a slowed down rendition of the central piano theme with twittering birds and a false serenity.