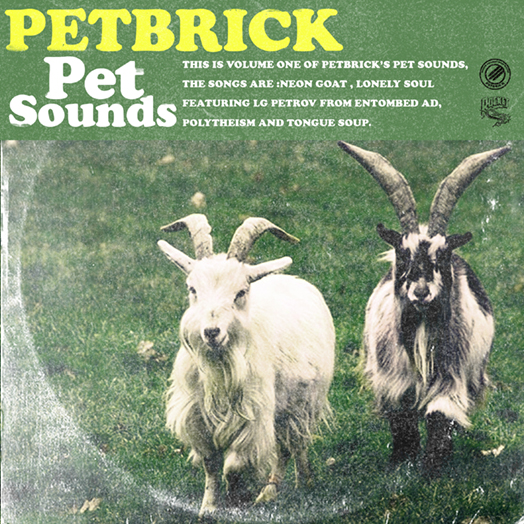 Think kismet always arrives with a stock soundtrack of orchestral strings or angelic choirs swelling in the background?

Case in point: One night, not so long ago, Iggor Cavalera laid down an old school black metal blast beat in his practice space. He brought it home on a sampler, and then, along with his power electronics partner in crime/Petbrick bandmate Wayne Adams, slowly began to add layers of synth noise and glitchy, chopped melodies. The resulting semi-controlled sonic chaos was killer as it stood, sure, but also clearly missing that transcendent element — that X-factor — to fully actualize the song.

Then came the epiphany: Call in fellow metal legend and longtime friend LG Petrov, the iconic voice of Entombed/Entombed A.D.

“LG was stoked on the idea for the same reason I was — no one would see it coming,” Cavalera tells Decibel. “Like me, he’s into experimental stuff and, more generally, just enjoys anything weird and not so commercial that pushes boundaries — I mean, Entombed has been proving that forever, from the death metal days to Wolverine Blues and beyond — but, while LG is someone I’ve always admired as both a great person and a forward-thinking artist, he’s not known for doing stuff in the breakcore or electronic scene. So, to me, that made it even more exciting and interesting to bring him in on something like this.”...