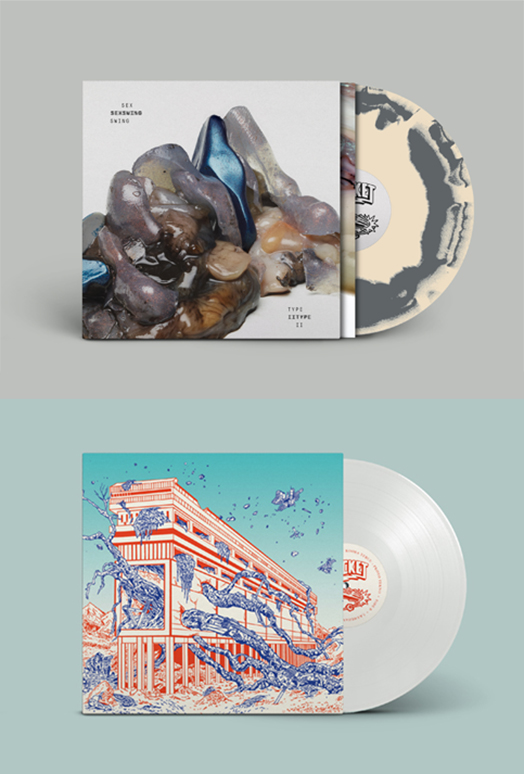 Many listeners will credit Type II with the maturation and increased accessibility of Sex Swing's sound. That wouldn't be an inaccurate critique. But it doesn't address the fact that Sex Swing haven’t actually diminished in ferocity since their last album. What they've been able to do though is tighten their dirges into soaring anthemic hymns that aspire to the transcendental. This undercurrent of bliss functions as a kind of anti-cathexis that binds the band's more brutally primitive impulses. While the band still make use of punishing rhythmic repetition, the album seems less concerned with malfeasance than it does with connecting the human spirit with some ethereal element that binds us together.

Kooba Tercu – Proto Tekno
The first thing among many that slaps you in the face when you play Kooba Tercu's new record is its feral, white hot energy. Opening track 'Benzoberry' is a scorcher, a cyclone of guitars and screamed vocals, scuzzed up to the max, whirling around an evil black hole of a bassline. Then, on 'Cemento Mori', a bone-shaking groove emerges from the chaos, twisting and lurching and mutating like some kind of monstrous ooze as it goes, but never deviating from its terrifying march. That deep, dark power at the core of Proto Tekno is always there, pulsing forwards through the record's swampy grooves and hypnotic repetitious percussion, but the exact way in which the band yields it keeps morphing and twisting.

Sometimes they're positively minimal, succumbing to a bracing battle rhythm, and at others they're overwhelmingly noisy, particularly when feral synths and wild, indefinable noises join the fray, frontman Johnny Tercu howling as if he's being physically thrown around by the maelstrom. The overall effect is a record that feels like a shapeless, constantly-shifting storm that surrounds a mysterious, dark central power – like the millennia-old hurricanes of a gas giant, whirling around its core.