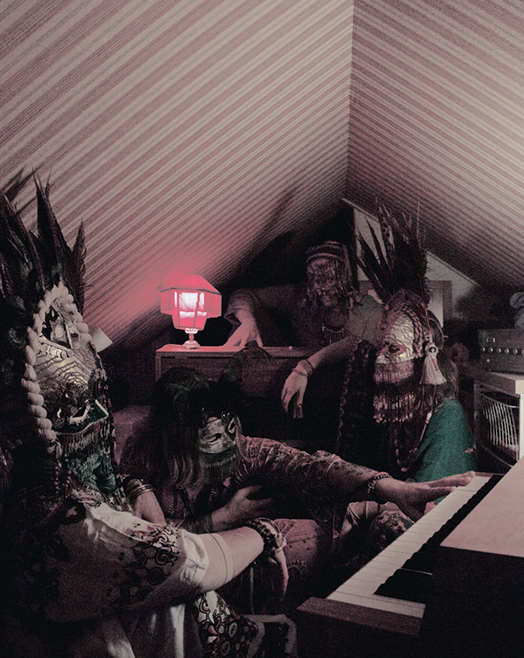 It’s a somewhat cruel twist of fate, that the fourth record by the mysteriously bedecked and anonymously manned Goat, would be released in the week that the world unfortunately had to say goodbye to the permanently dapper and jazz tinged Mr Charlie Watts, latterly drummer with The Rolling Stones. Its title Headsoup is, after all, a clever little homage to the criminally under appreciated early ’70s album that a large percentage of fans and critics have unjustly labelled as the start of Mick and Keef’s inevitable creative downturn. Thankfully with yet another forceful collection of tunes, that’s not something anyone will be saying about these mischievous Swedish psych rockers for a while.

Culled from various single B sides, radio edits and with two unreleased tracks bolted onto the rear, the band’s musical cauldron appears to be simmering over with malevolent goodness. Much like Brian Jones famously went off to Morocco in search of cheap heroin and the Master Musicians of Jajouka, so Goat similarly find solace in the rhythms and practices of the North African landscape. Opener The Sun & Moon, which dates back from their very first seven inch way back in 2012, carries with it, elements of High Life and Tuareg polyrhythms. Looking back at that record in hindsight, its sleeve adorned with images of satanic monsters, occult geometry and tribesman performing unknown rituals, it’s pretty obvious that the band have always had some rather devilish sympathies...