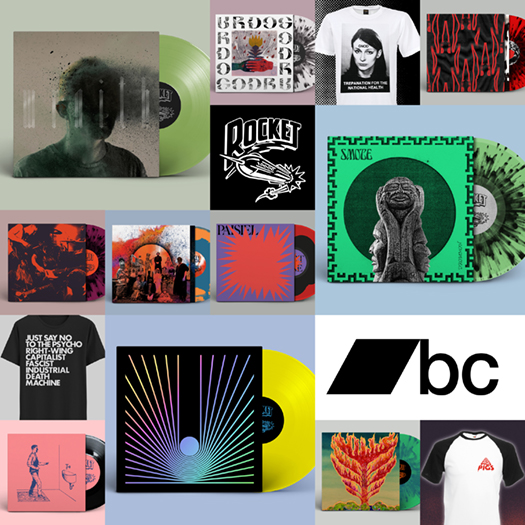 As you may or may not know, Bandcamp have decided to start-up their 'no fee days' days again, known as Bandcamp Fridays – they are gonna run on the first Friday of each month from August until December.

So as previously, it is a great time to buy some ltd Rocket albums and shirts - here's some of our latest releases we wanna shout about:

+ there are loads of other great albums, shirts and posters to pick up from the Rocket or individual bands Bandcamp stores: