Following the fuzz attack of 'Queen of the Underground,' we are now proud to bring you 'Fill My Mouth' the second brand new song to be taken from GOAT's forthcoming release 'Headsoup'.

'Headsoup', which is released on 27 August is a globetrotting acid trip of an album, collecting rarities spanning the bands career: standalone singles, B-sides plus two enormous brand new tracks!

'Fill My Mouth' is a scuzzy psychedelic funk knockout, the sleaziest thing the band have ever recorded. Watch the eye-popping video made by Rocket's very own John O'Carroll above.

'Headsoup' is available on LP+7" and CD – sadly we have sold out of the vinyl at the Rocket Bandcamp:

But you can still preorder an exclusive version via Rough Trade:

Or you can also preorder a special ltd edition green vinyl version from your local record shop. And for all you 'audio purists', there is also a ltd 'Black' vinyl version available as well. 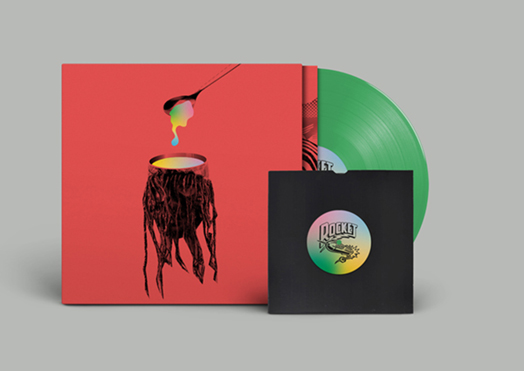