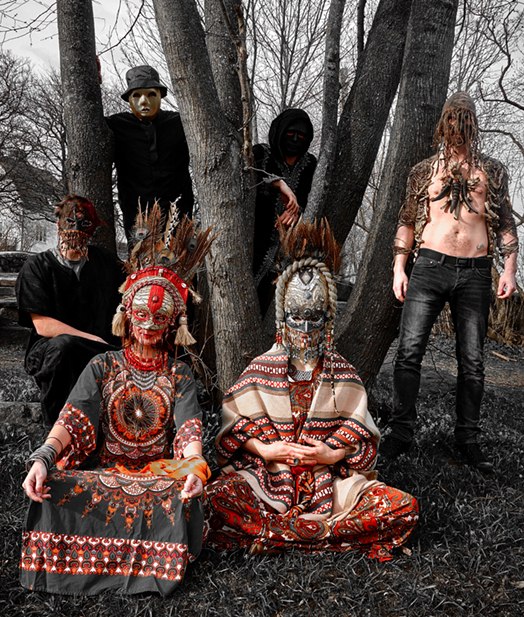 Goat is back with the album Headsoup which consists of previously unreleased material, B-sides and two brand new songs. The Jungle Drum called Stonegoat to talk about the album and the mystery surrounding the band.

Mythical Goat has no interest in revealing his identities. The band has made itself known for live shows where the dressed in masks and colorful costumes unleash a primordial force that almost makes the concert hall look like a rhythmic and musical revival meeting. However, Stonegoat, as the band member is called, says that their anonymity does not matter so much when it comes down to it.

- I do not think so many are so curious honestly. They would not know who we were anyway, so it's pretty uninteresting to people really.

The charm of social media has not bitten Goat. Regardless of whether they intentionally intended to create a mysterious around their band or not, it seems to work. The lack of online activity creates an air of enigma. When you read about the band in various forums and interviews, they are often described as mysterious. Stonegoat believes that it has more to do with the fact that they prefer to spend time on other things.

- All our social media is managed by our record company, we do nothing at all. This is how we are and others do in other ways.

- You do not have to sit glued to it and avoid reading what people think and feel about it. Plus it takes time too, we get more time to do other things. It seems to take a huge amount of time. I understand that people use it too, people want to reach out with what they do...