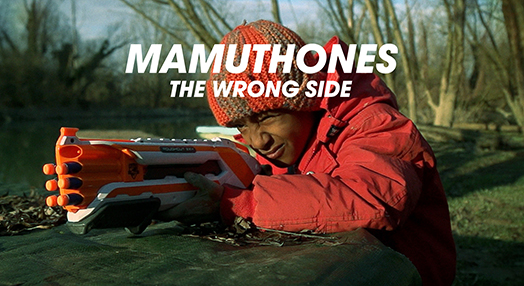 We are very pleased to share via Backseat Mafia 'The Wrong Side' the 2nd track revealed from the new Mamuthones - Fear on the Corner album.

This is what Backseat Mafia had to say about the video:

"Sardinians Mamuthones who take their name from the death masks used in their native area return with a new LP, Fear On The Corner, set for release on Rocket Recordings on 23rd February 2018 and BMS are delighted to you the premiere of the video for ‘The Wrong Side’.

When asked the videos director said “In ‘The Wrong Side’ you can see the last day on Earth. There are children, unicorns and a man who tries to survive in his house. With a goat. And a mysterious pink ball.” Clearly the last day on earth is an unusual one…
The lyrics of the track deal with fear for the political situation at the beginning, before moving to personal fear related to difficulty communicating. Ultimately, there is only one way to face these fears: dancing in the sunshine and staying on the wrong side".
Watch The Wrong Side video: Backseat Mafia
-

Initially revealed here with the Johnny O Rocket made video for Show Me the album will be available from the 23rd of Feb as LP/CD/DL.