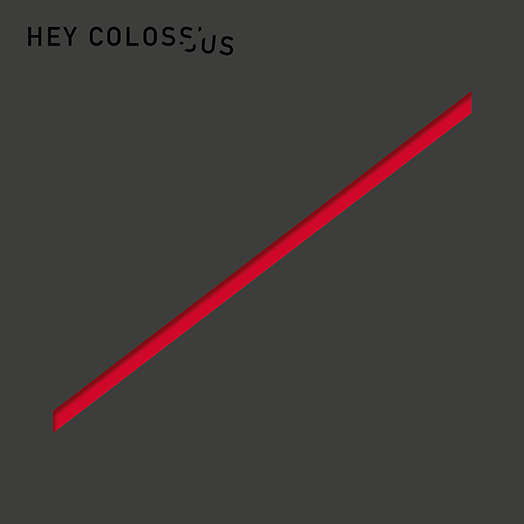 This is what they have to say:

In The Guillotine Hey Colossus have hit a new peak just when it felt like there was no higher for them to climb. Patrick Clarke explores a ferocious call to arms and a militant articulation of turbulent times.

One would be forgiven for thinking that 2015 was the year in which Hey Colossus reached an unmatchable zenith. Releasing two of the year's most brilliant albums, In Black And Gold and Radio Static High via what seemed like the major outlet for all that was brilliant in modern psych – Rocket Recordings – it felt like a twin-peaked culmination of an unconventional, though thoroughly deserved, rise to prominence.

Born as a crazed, cataclysmic hodge podge of furious free noise with inflections of kraut, psych and Japanese rock in the early-2000s, over a decade later the band became something of a British staple, lauded not only by the fringes but by the likes of Uncut and Mojo. Their sound, while having undeniably progressed, 'refined', even, still packed a brutal slug of a punch, and it seemed as though they'd perfected, like never before, the perfect balance between the brutal mania of old and a deserved sense of 'status' in the music world.

In the time between those two LPs and their latest, The Guillotine, much has changed, not only in the music of Hey Colossus, but, as it goes without saying, in the world at large. In the wake of the planet's hopeless heave to the political right, on their 11th studio album the band have done what seemed barely possible in 2015; Hey Colossus' knives have been honed even sharper. In short, the band have reached another level, where it felt there was nowhere left to climb........