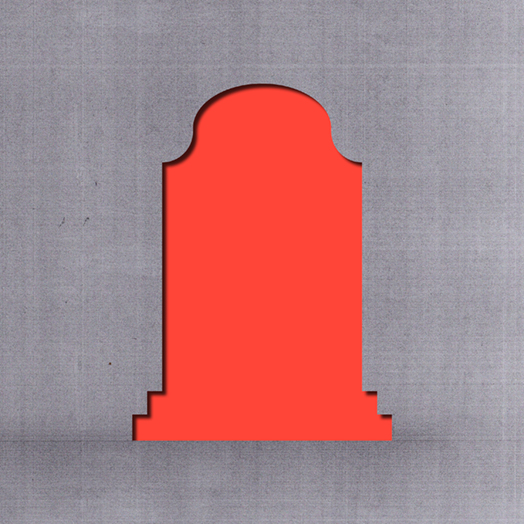 One should never expect the obvious when approaching the work of Manchester art/noise collective GNOD so perhaps it makes perfect sense that they have done the one thing I didn’t foresee on La Mort Du Sens, which is to make an entire album of no-nonsense fuzz punk bangers. Paddy Shine of the band has said they wanted to create a set of songs which more closely matched the experience of seeing them live, where they tend to go out with noiseniks like Part Chimp and Hey Colossus and match them all the way. You can see how the desire to get back to gigging and wanting some new crushingly great riff-bastards to assault people with would appeal. As ever with GNOD there is much to admire and consider in the lyrical content and I guess as such the album in their catalogue this most resembles is Just Say No To The Psycho Right-Wing Capitalist Fascist Industrial Death Machine.

The album title translates as “The Death of Meaning” reflecting the uncertainty of the times we’ve all been living through. The songs carry a sense of abandon and abandonment, with much of the bands trademark righteous anger turning to nihilism. The most obvious example of this bleak “for tomorrow we die” attitude is lead single ‘Pink Champagne Blues’ which races along like a rhino on speed and includes such exhortations as “Let’s get fucked, head rush”. It comes with a video of skateboarders which is a clear homage to ‘100%’ by Sonic Youth and there’s plenty of nods to late 80’s and early 90’s alt-rock throughout the album...