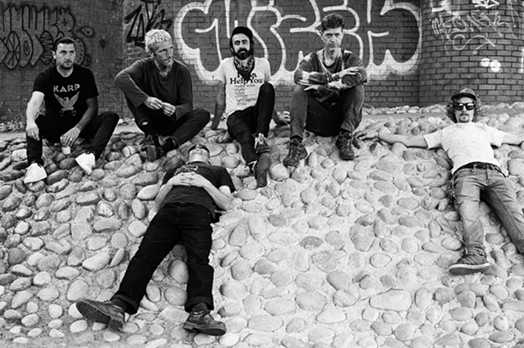 GNOD have just revealed the video for 'Regimental' the second track to be taken from the forthcoming album 'La Mort Du Sans' which is released on 5 November.

You can watch the John O'Carroll made video, plus read an interview with the band exclusively via the great Cvlt Nation website:

'La Mort Du Sens' is available to preorder now on LP and CD – all ltd LPs come with a diecut sleeve.

The Rocket vinyl version has sold out but here is a special numbered Dinked version that has a different diecut sleeve, Clear with Red/Blue splatter vinyl and poster featuring exclusive art by Helen McDonnell:

Also available to preorder via your fave record shops is a ltd Blue vinyl version.

If one overarching feeling has dominated the last two years on this orbiting rock, it’s uncertainty. A sense of an old order in ruins, and nothing lined up to replace it. With societal strife, psychic warfare and sheer boredom assaulting us from all fronts in this still-fresh decade, co-ordinates have been hard to place forging a path forward. Therefore, who better to turn to as a soundtrack for this tumultuous new era than GNOD - longtime chroniclers of discord.

Masters of an approach which manages to be both unmistakable and unpredictable. GNOD are now well established as prophets of the dispossessed. ‘La Mort Du Sens’ is no less than another relentlessly invigorating stop-off on their wild ride to who knows where.

GNOD are hitting the UK with these confirmed live dates: 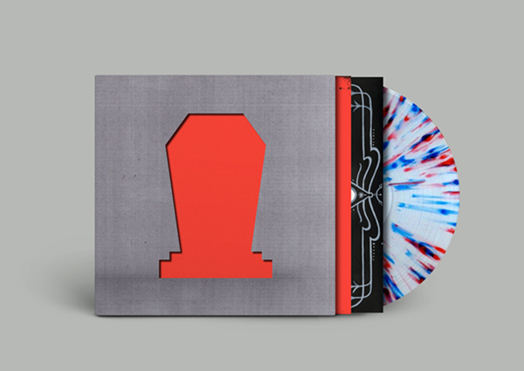