Birthday Cake For Breakfast ask Chris from GNOD some questions 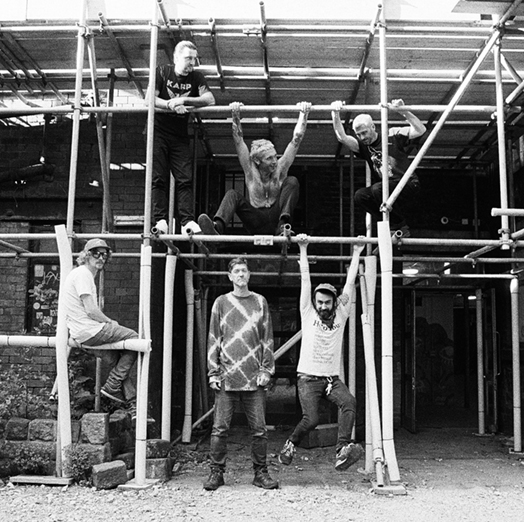 Remember the days of the old schoolyard? Remember when Myspace was a thing? Remember those time-wasting, laborious quizzes that everyone used to love so much? Birthday Cake For Breakfast is bringing them back!

Every couple of weeks, an unsuspecting band will be subject to the same old questions about dead bodies, Hitler, crying and crushes.

This Week: In the run up to the release of their new album ‘La Mort Du Sens‘, Chris Haslam of GNOD answers a series of inane questions!

Have you ever seen a dead body?
Funnily enough this question came up the other day in a conversation I was having. I can’t remember for sure but I have a vague memory of seeing my step granddad in an open casket when I was very young but that could just be my imagination, creating the memory from family stories I overheard?? If I have it would have been in that situation i.e. in a church at a funeral.

What T-Shirt are you wearing?
GNOD Infinity Machines. Ha! I wear GNOD t shirts a lot cos I get them for free innit.

What did your last text message say?
Sounds ace (thumb up emoji)

What’s the last song you listened to?
Oh god, I suppose that has to be the one I’m listening to now while I’m doing this. I’m gonna be honest with this & I hope you respect my honesty in telling you that it’s Move Closer by Phylis Nelson. In my defence I have got my ipod on shuffle! (Honesty respected – Ed)

How did you meet the people in your band?
I met Paddy through my ex girlfriend Kim, who worked with him at 8th Day Café in Manchester. He was in a band, I was in a band & we went to see each other’s bands. I don’t remember it being an immediate bond, I think we were probably both a bit wary of each other for a while but eventually found out that we both respected each other and each others’ music. I met Alex, Jesse, Jon & Raikes either seeing them at gigs, from hanging around at Islington Mill or through mutual friends. I met the other 40 odd people who’ve passed through GNOD over the years in 40 odd other ways...