Read Impatto Sonoro introduction to the world of GOAT 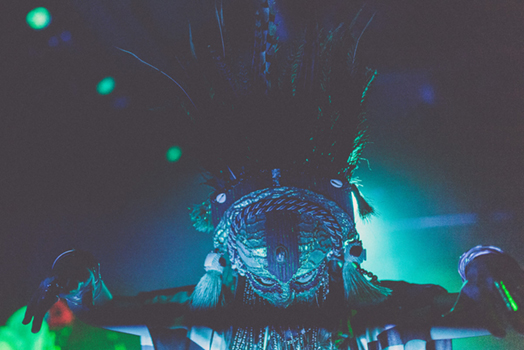 The Goat is a Swedish group, who debuted in 2012 with the album " World Music ", reached number 8 in the charts of their country. Their second album, " Commune ", hit the Billboard 200 and placed number 47 in the UK. To date they have produced 3 studio albums, 2 live and several singles and EPs, all available on your trusted streaming platform.

Without disregarding the (essential) 60s-70s, with references to King Crimson, Led Zeppelin, Jimi Hendrix and Talking Heads among others, they nevertheless offer an extremely modern and ancient musical discourse. Theirs is precisely World Music in a broad sense which, starting from hard rock and progressive rock, draws from the East, Scandinavia, Africa, Latin America. Tribal, hypnotic and pulled rhythms. Distorted guitars, keyboards that play like a church (any one), instruments of various origins that suddenly appear in the sound fabric. Once, perhaps even today, it was called psychedelic music. But it would be an understatement...