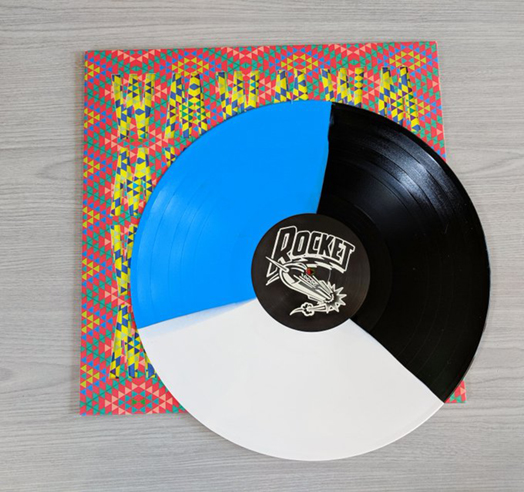 To help celebrate 25 years of Norman Records the shop has an exclusive version of GOAT's World Music for sale, ltd to 300 copies and is a tri colour vinyl in the shops three colours.

The shop have also written a great appreciation piece about the album:

Goat's 'World Music' might well be our best-selling album of all time. It's only fitting, then, that Daoud should run the rule over this masterpiece of modern psych-rock as part of our 25th anniversary retrospective series.

Though I’m not a fan of professional wrestling, I have long been fascinated by the concept of kayfabe. Kayfabe is wrestling’s unwritten rule, it’s a posteriori belief. Without kayfabe wrestling is nothing - just some strong people pretending to beat each other up; with kayfabe, wrestling becomes its own world, its own reality. Kayfabe is that core suspension of disbelief, the mutual agreement between all involved that everything happening is real, that everything that is happening matters. Fundamentally, kayfabe turns its audience into participants - The Rock and John Cena and your local DIY wrestling scene (support them!) need you to believe, to feel every punch, to jeer at every heel turn...