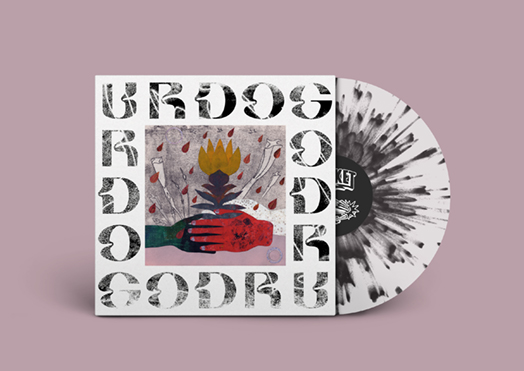 This one definitely took me back to the old Blogspot days of the site, though my connection with Urdog predates Raven by a good two years. As I’d begun trawling through the releases on Jewelled Antler the Providence-based label Secret Eye, run by Jeffrey Alexander (Dire Wolves, Black Forest/Black Sea), came into tangental view. Though to be fair, I think it may have been my burgeoning habit of rifling through the Aquarius Records newsletters that lead me this way in the first place. Little would I guess that someday the AQ cross-section discoveries of Urdog and Rocket Recordings would cross paths. Secret Eye built up a good head of steam through 2003 and would eventually pad out my collection with excellent release by Spires in the Sunset Rise, Larkin Grimm, Black Forest/Black Sea, and Kemialliset Ystävät, but it was the ’04 release of Urdog’s Garden of Bones that brought me to them initially. The band was connected to the boom of psychedelic folk that was growing larger at the time, though they definitely skewed into a heady prog territory than many of the fuzzed strummers around the time. The doom-laced organs were a big sell on me. I’ve always had a bit of a soft prog underbelly and Urdog brought something cosmic to the psych-folk landscape.