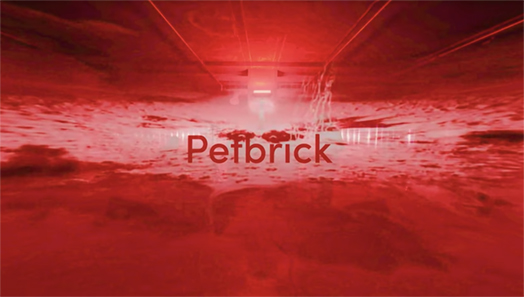 Back on the 19 October, PETBRICK headed over to '180 The Strand' in London to film a very special 'distanced' live session for FACT Magazine.

Watch all 30min+ of the live show plus read a short interview with the band here:

The band were so eager to be able to get out and actually play live again – this incredible footage clearly shows the duo's explosion of pent-up energy that was brewing after months of lockdown.

All the 'eye-popping' visuals were expertly put together by Laima Leyton who was also involved in the filming on the day.

Thanks so much to FACT for making this happen, plus for the fantastic editing to create this stunning piece of film. It truly documents PETBRICK at the top of their game, reaffirming the duo's unequalled energy and absolute uniqueness of their sound.

PETBRICK's debut album 'I' –plus their remix album and recent EP 'Pet Sounds' can be bough/listened to here: