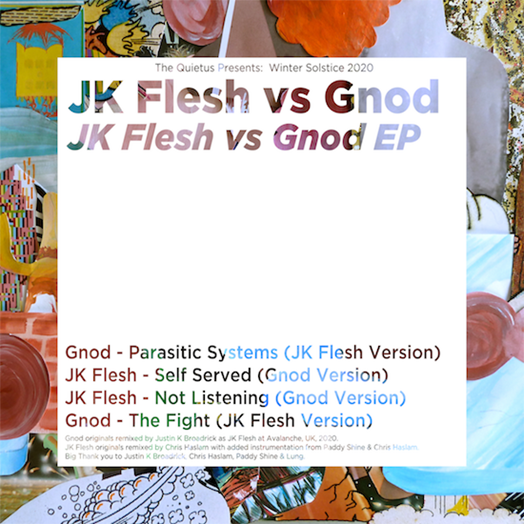 What they say about the release:

Now that I’ve had to pretty much permanently banish myself from tQHQ - I’m living in Wiltshire with my immediate family and an elderly, sheltering mother while remaining unable to drive - I’m struggling to imagine a time where I’ll ever return to our office to work. But absence makes the heart grow fonder and the brain grow softer.

Every time I think of all the London offices we’ve shared - and the word office is being pushed way past breaking point in some of these instances - my primary memory is now of laughter. Some of it joyful; some chemical and maniacal; some of it to the point of tears of hilarity; some in order to avert another kind of lachrymal incident; some perhaps quite unhealthy, like sets of wind up joke shop chattering teeth, clacking about along the edge of an abyssal cliff top before pinging off senselessly into the fathomless gulch below.

But there has been much laughter nonetheless and this is key to the Quietus aesthetic for better or worse and not just the feckless stupidity some no doubt see it as.

Luke and I have long since been engaged in a battle to make each other laugh with outlandish ideas if only to distract ourselves from terrifying technical misfires that happen to the creaking zeppelin of the Quietus behind the scene on a weekly basis, the threat of legal action, looming VAT bills, the shrinking of our ad revenue by 95% in an 18 month period and so on. But to be deadly serious, it’s long since been a creative strategy for us...