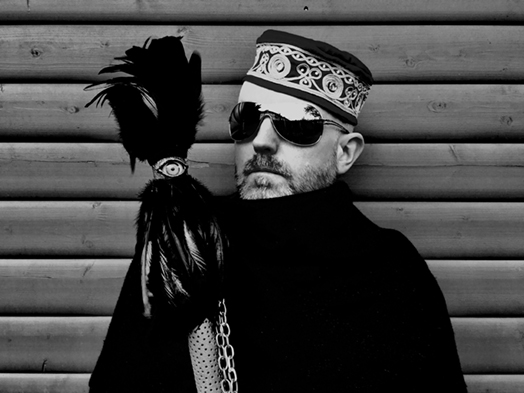 One of my favourite books of the last few years was ‘Jonathan Strange and Mr Norrell’ by Susanna Clarke (published in 2004, but I was late to the party), a beguiling and unsettling novel which wonderfully described a world of shifting reality and surreal happenings. It was something which was brought to mind when listening to this new album by The Holy Family. It is a fascinating listen, particularly in the way that, once you are within this double album, it does not really feel as if there is a beginning or an end.

Indeed, such is the dream-like state that you find yourself in when listening to it, the walls might just as well be shifting and the creepers growing up the inside of the walls. In short this music is pretty much what you want it to be… something which I do not think has happened by accident… nor, however, has this happened easily without the highly effective arrangement of what could easily be a film score, and the chilled out vibe that was clearly there when this was being recorded. A complete one off of an album that it going to take me many plays to completely unpick… although with each listen being radically different I may not totally get to the bottom of it.