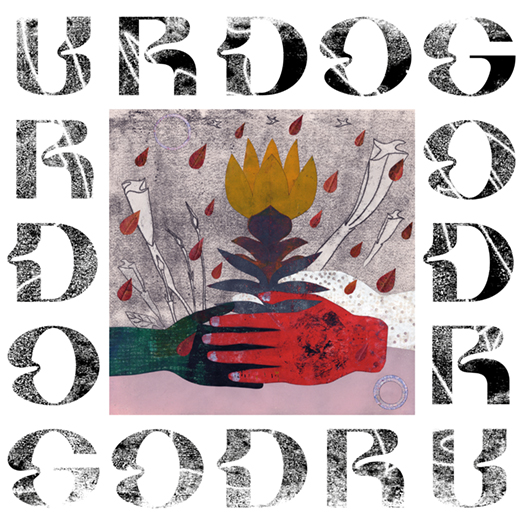 Look up “Urdog” on the ol’ Google box and you’ll see that this mysterious three-piece Rhode Island outfit decided to take indefinite leave after their performance at  Terrastock 6 in 2006, which we’d like to think is something they’d planned and wasn’t due to anything we said or did at the time. Long Shadows 2003-2006 mines material from their two original albums and its welcome release marks something of a departure for those onwards and upwards forever questing Rocket twins, being their first foray into retro-land compilations. Either that’s an oddly artistic manifestation of cabin fever in these times of stricture or, as is more likely, a heartfelt expression of appreciation and a desire to bring to a wider audience a little known gem. And believe me when I tell you that this is an absolute pearl.

Brief introductory incantation aside, it’s ‘Ice On Water’ that hurls us full tilt into a mid-noughties maelstrom of tribal tub-thumping and chanting and kid-in-a-toy-shop gleefulness in the abuse of drums, guitars, Farfisa organ and goodness knows what else. This is the one that Chris Rocket gets asked about when he DJs it at gigs (older readers may remember those). Ah but strip it, and much else here, of all flimflam back to its essence and it could nestle or perhaps that should be lurk, somewhere under a broad folk canopy while simultaneously giving the disparate likes of Comus and Amon Duul I and II a fright. As things stand, though, it marks an experimental Devil may care approach, where wig outs and ambient blissfulness somehow co-exist and whereby, figuratively speaking, Father Yod’s crew go In Search Of Space to wild abandon. It would have all sounded anachronistic - but no less fun - at the time of release (or for that matter any time after about 1971), but which now sounds oddly prescient, fitting in with a lot of what labels like Rocket and indeed other labels like Riot Season and Cardinal Fuzz have been bringing us over the past decade. Incredibly this seems like the perfect fit, the missing piece of the jigsaw that links contemporary psychedelia with its primal sixties roots...