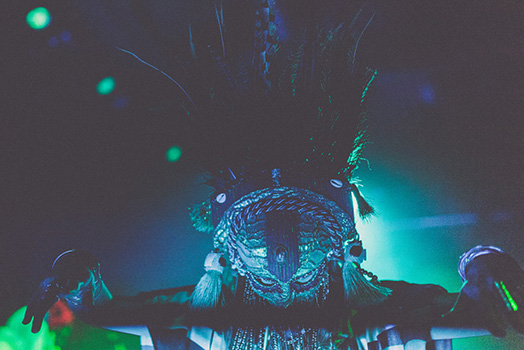 There’s a pantomime element to Goat’s voodoo stew — not least because they claim to have been schooled as children by a witchdoctor who moved into their village — but there’s something liberating about it too. With no personalities to focus on and with the music trancelike the audience can lose themselves to the ritual, whatever the meaning of that might be.

Read the rest here: The Times