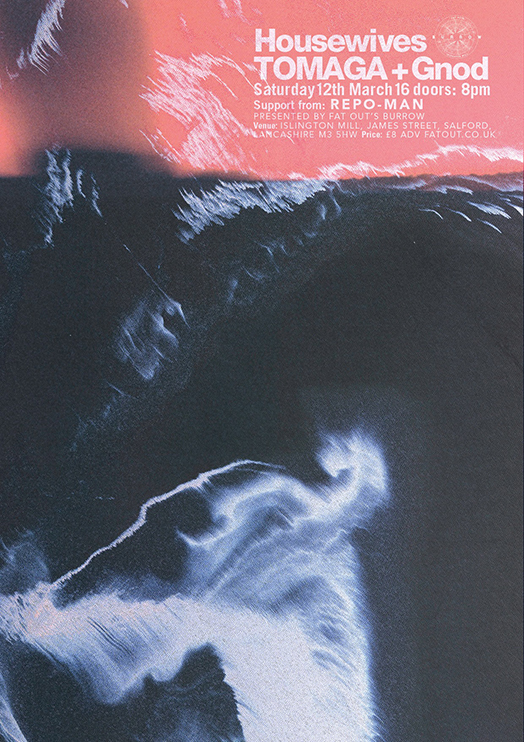 South London wrecking unit Housewives roll into Islington Mill this Saturday. Their roughhewn, rhythmically charged music has a distinctively cold, minimalist sheen, but dealt with the heft of a sledgehammer. Duelling, abrasive guitars hit the ears like glass shards atop growling bass grooves and propulsive, tightly wound drums, helping to creating an atmosphere both extremely claustrophobic and recklessly rocking. They’ve gained major plaudits from the independent music press and the British scene as a whole – and, taking a cautionary look at some of the videos from the live shows, it’s easy to see why.

Fellow Londoners and touring partners Tomaga are similarly mind bending, but in their own completely unique way. A bricolage of industrial tones, sky-climbing psychedelia and the looseness of abstract jazz, the duo weave in and out of polyrhythmic neck snappers and disquieting improvisation with the kind of telepathic interplay that punters will relish in the live arena.

It’s been an age since Gnod have played their literal home turf. With a new album, The Mirror, appearing on the excellent Rocket Recordings in April and a large EU tour to support, you can be assured that the collective will be more than prepared to unleash their devastating new monolithic sound, which now includes two drummers.

Repo Man open a truly impressive line-up of contemporary British experimental guitar music, but these guys got the secret saxophone weapon to add to their punishing, out-rock awesomeness.