5 things not to miss at this year's Incubate festival 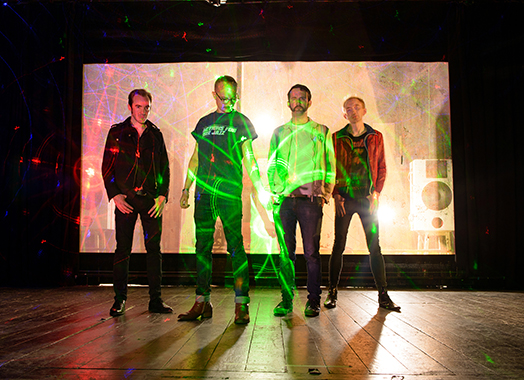 Chris from Rocket was asked by the people at Incubate to give a 'Top 5' list of bands he was going to see.

This is what he said:

Teeth of the Sea
“Ok, a bit of an obvious choice seeing they are on Rocket, but they have become one of the best live bands in the UK at the moment and will be playing tracks from their mesmerising new album MASTER which is out in October.”

Residual Echoes
“We put out an album by Residual Echoes back in 2006 but I never got to meet them or see them live so a chance to finally say hello and get the full force of their fuzz attack in the face cannot be missed. “

Man Forever
“Kid Millions has been a good friend of Rocket for 10 years now since we put our first Oneida record out. Man Forever project is his stunning live project and I have been lucky enough to have caught live several times in New York and London, it is always an experience…not to be missed!!”

Front 242
“Was a big fan of bands like Front 242 and the whole Wax Trax scene back in the day so be great to see them live after so many years!”

Thanks to William Cloakture for all his support and help.