The Quietus reviews GNOD's 'Easy to Build, Hard to Destroy' 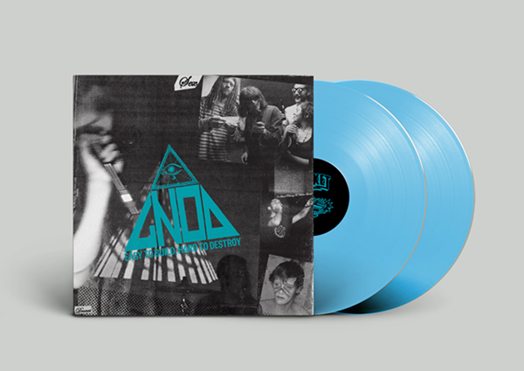 Issued from the wrong mouth, “diving into the archives” is a term fit to strike fear into the most hardened heart. Take Gene Simmons, whose comically overblown box set, The Vault, was recently angled not so much as a retrospective cash-in as an “experience”. The experience in question? For $50,000, the cow-tongued eejit in question would hand-deliver ten CDs, a Gene Simmons action figure, a book and a medallion to your door. Tragic, really.

Of course, not all chancers are created equal, yet the point remains: archival releases are occasionally misplaced hustle masquerading as revelation. On Easy To Build, Hard To Destroy, Salford cult heroes Gnod couldn’t be less concerned with such half-assed subterfuge. A compilation of obscure and unreleased material from the band’s early years, pressed to vinyl for the first time, it’s a chronicle of dank, cosmic transubstantiation from one of the most outright believable bands around.

Calling a band “restless” can imply a certain aimlessness. In the case of Gnod, whose synapse-searing noise has consistently declined to predict the future, it’s been a deeply intuitive urge to eke out exultation from repetition. Much like Bardo Pond or Acid Mothers Temple at their most peaky, highlights from the band’s catalogue (take ‘Tony’s First Communion'’ or ‘Drop Out’ with White Hills) hauls Pete Kember’s edict of “three chords good, two chords better, one chord best” to the outer confines of autosuggestion. Across eight tripped-out tracks, totalling eighty minutes, Easy To Build, Hard To Destroy cracks light upon just how they’ve gone...

Read the Rest here: The Quietus