Teeth Of The Sea live review of their show with Stearica 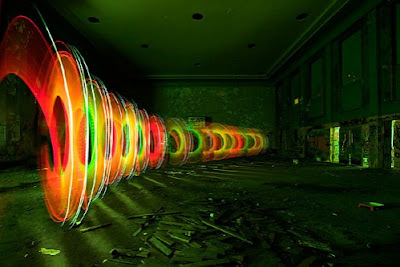 Post-rock might not be cool anymore, but the legacy of its thrilling yet brief spell in the late 1990s spotlight certainly paved the way for the likes of Teeth of The Sea. To put it another way, had it not happened it's hard to imagine Teeth Of The Sea would exist - and that they've taken its bare bones and constructed a new monster from the carcass gives us that same rush of excitement all over again.

Eschewing the quiet/loud dynamic in favour of something a whole lot more complex and expansive, Teeth of The Sea’s live incarnation delivers a multi-layered wall of noise that may well be one man's hellish racket, but that man is an arse. The methodology and detail behind the trumpet, electronics, guitars and drums command attention and more than a little admiration. To the untrained eye they're a random bunch of ordinary enough blokes, but when they hit their groove they come into their own, both individually and collectively, with the drummer smacking the life out of his skins, relentlessly driving the whole shebang, meanwhile his bandmates wildly indulge their own excesses yetsomehow remaining in perversely perfect synchronicity.

It's fierce and intense but not just for the hell of it, and there lies the art behind the noise of Teeth of The Sea; compelling enough on record but their live show reaches the next level, with enough noise and guile to fill venues ten times this size.
---