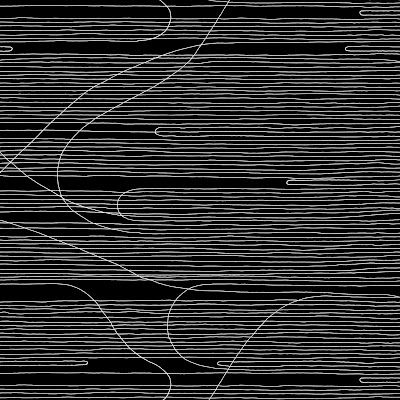 June 6th looks like a good day to go record shopping, as well as our new Gnod album INGNODWETRUST being released, Oneida release the third part of their Thank your parents triptych...this is what Jagjaguwar’s press release says:

Absolute II is the final piece in Oneida’s Thank Your Parents triptych of releases, begun in 2008 with Preteen Weaponry and followed by 2009’s acclaimed triple disc Rated O. With this release, the Brooklyn group concludes a challenging and profound long-term project. The Thank Your Parents triptych, totaling around 200 minutes, is intended to be listened to as a whole or in its component parts. Absolute II stands on its own, in addition to serving as a chapter in an immense whole.

The music on Absolute II is startling, rigorous and demanding. Oneida is a band that has been strongly identified with the frenetic, fluid drumming of Kid Millions and the relentless pulse of classic Krautrock, but this release contains neither audible drums nor identifiable “rock” music. The recordings move freely across accepted boundaries of rhythm, harmony, and tonality – not in the form of dramatic, willful experiment, but as a musical distillation of several themes that have emerged in the wake of Rated O’s dynamism: paralysis, entropy, stasis, possibility, and finality among them.

Absolute II will be out June 6. Oneida has set up a Bandcamp page which gives a complete overview of the Thank Your Parents series with audio from all three releases including Absolute II available for preview.
horizonedit.mp3
---