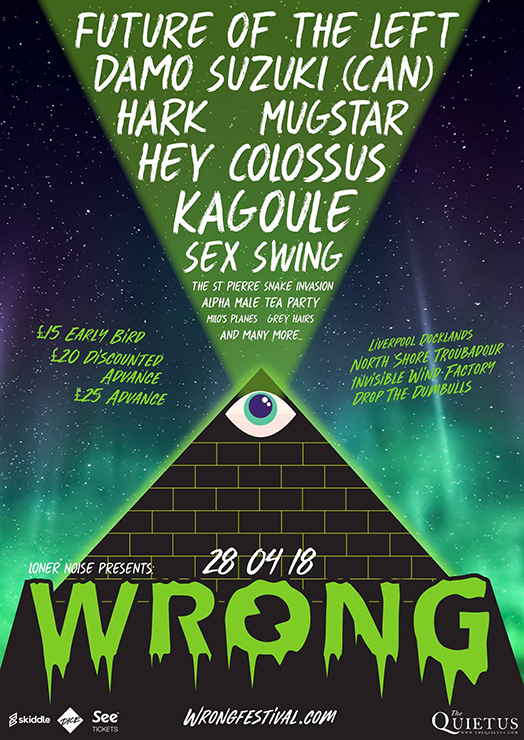 WRONG
A FESTIVAL FOR THE FREAKSCENE
28/04/2018
LIVERPOOL DOCKLANDS

WRONG is one day of freaky musical wonderment. A new festival based in Liverpool's docklands on the 22nd of April 2017 that brings together the heavier and weirder corners of rock music, from punk to noise to psychedelia and everywhere inbetween.

So far confirmed to play are: