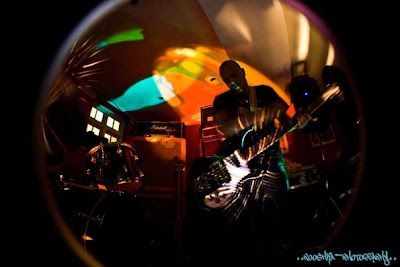 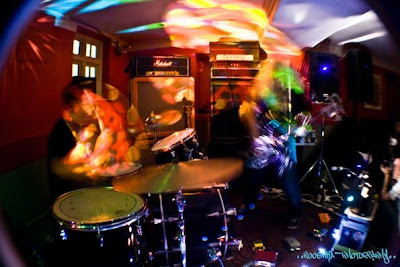 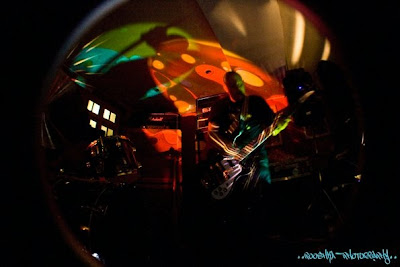 Rockets friends The Big Naturals play a gig with the Heads in Finland at the Psychotropic festival on Friday the 5th & 6th of Feb. They have been ripping up ears in the UK's West Country for the past few years & after a few line up shifts, the two piece have found their feet firmly clinging to a psyche-out drum & bass wall of amplified blitz.
In 2008 they played the Rocket 10th Anniversary show and supplied a track for the now highly sought after CD that also included exculsive tracks by The Heads, White Hills, Teeth of the Sea etc. With Solar Projectors in tow and the addition of new drummer Jess Webb, this two piece are stomping in the footsteps of many 1970's intense heavy rhythm sections.
Watch this space for some exclusive footage soon. In the meantime here is the mark 1 line up with original drummer Sam James & guest Paul Allen (The Heads) on guitar:
The Big Naturals Live at The Cube Cinema Part 2