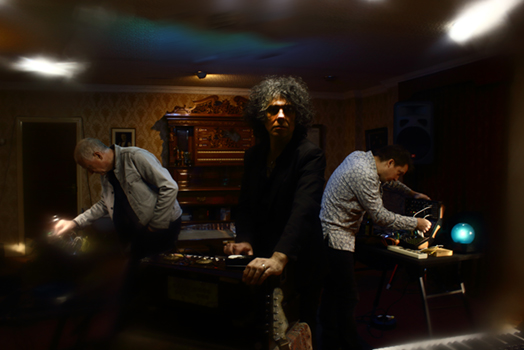 The Utopia Strong have just released their new album International Treasure and it is a brilliant blend of their many influences that result in an awe inspiring collection of songs that are in turns psychedelic, euphoric and of a darker nature too. Gavin Brown caught up with Steve Davis and Kavus Torabi to hear all about International Treasure and its creation as well as discussing their excitement for playing live live and treasured memories of Glastonbury.

E&D: Your new album International Treasure is out now. You must be glad that it’s out so people can really listen and absorb it?

Kavus: We finished the album last October. We finished the recording of it probably late summer, or autumn last year, but we finished mixing it in October, so we’ve been sitting on the album for ages. Normally you’d have like three months but because of the vinyl and everything we’ve been delayed but we’re really, really excited. From our perspective, it is the best thing we’ve done. As far as I’m concerned, in the twenty or thirty years of making records, I think it’s the one I feel most satisfied with. It was worth getting to my age and making this many albums to get this one done.

Steve: It’s quite frustrating, and I’m sure a lot of artists at the moment are quite frustrated. One of the things that I’ve learned about it, it’s exciting to, even though you do it for yourself, it’s exciting when other people then get the chance to listen to it, because then it might be confirmed that that you were right and that it was okay as an album. To have to wait six or seven months is purgatory. We  knew that there was a vinyl problem in the pipeline, so we’ve actually had the CDs for about two months, just sitting looking at them going, oh, when can we finally give these to people! It’s been quite a funny time and I’m sure it’s the same for all other artists.