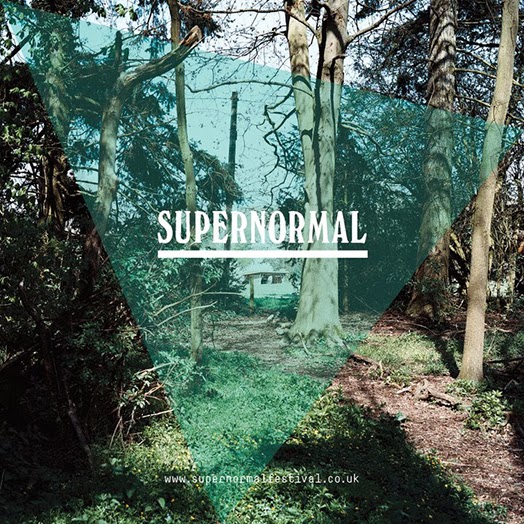 As you know, we at Rocket are massive fans of Supernormal Festival, and proudly state it as the best festival we have ever attended (we even helped curate the first year).

The first bands for this year's event which takes place on 8-10 August have just been announced and as it is Supernormal's fifth year, they are bringing back some old faves to celebrate this milestone.

Teeth of the Sea and Gnod, join Thought Forms, Esben and the Witch, Sly and the family Drone, Henry Bleaker, Silver Stairs Of Ketchikan and many others for what will be as always a great weekend.

This is what the folks at Supernormal say:

Supernormal 2014 marks both the fifth year of the festival and also the twentieth year of Braziers International Artists Workshop, from whence Supernormal evolved. Although the festival’s been through plenty of changes since its first year in 2010, the spirit of iconoclasm and adventure at the heart of it is exactly the same. In 2014 we’ll once again be blurring the boundaries between art and music, encouraging collaboration between different disciplines and doing everything we can to transcend the conventional idea of what a festival can be.

This year we’ve decided, as a kind of celebration of what’s transpired so far, to invite back some of those who’ve contributed to Supernormal in the last four years, like Gnod, Sly & The Family Drone. Teeth Of The Sea and Thought Forms. Moreover, with brand new artists as diverse as Arabrot, Esben & The Witch and part wild horses mane on both sides also confirmed, along with projects like Phil Minton’s Feral Choir destroying the distinction between audience and artist, Supernormal Number 5 continues to represent the alternative’s alternative.

We are delighted to confirm:

There are loads more acts and a full programme of arts and activities to come. Tickets are available now priced at £80 (no booking fees).