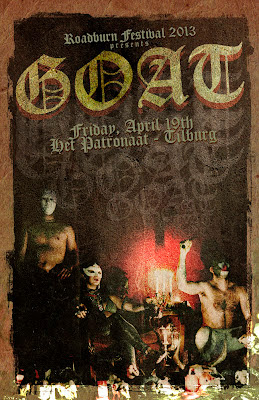 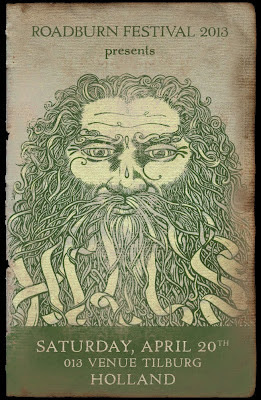 Rocket are pleased to announce that GOAT have been confirmed for Roadburn Festival 2013. The band will play in Het Patronaat in Tilburg, Holland on Friday, April 19th.We’re also excited to announce that future Rocket artist HILLS have also been confirmed for Roadburn 2013 on Saturday, April 20th at the 013 venue in Tilburg, Holland.
For further details visit the Roadburn website: