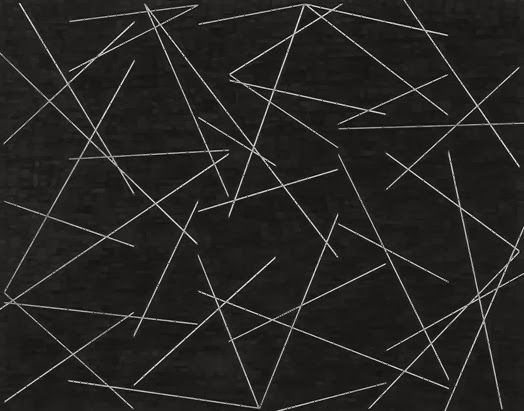 Welcome back to Rocket's irregular blog feature 'Multiple Exposure', where we ask various artists what their favourite pieces of 'repetitive' music are. This feature, we have Marlene Ribeiro from Gnod and Negra Branca

THE NECKS - SEX
(I've decided to start with the most repetitive piece of music that comes to mind. This trio from Australia released this amazing album in 1989, it's an hour long mantra, subtle jazz style drumming and a two-note Double Bass drive the thing the whole way through, it's incredible and sedating in many ways. If only sex was this good)
The Necks
THIS HEAT - PAPER HATS
(This is one of my favorite bands. This album, Deceit (1981) really shows to be a reflection of the times in the UK. Heavy, noisy, fear mongering, cold and mental. I love what they were doing instrumentally, live and in the studio. Hayward's drumming seems erratic at first but then you realise he's a genius. The same goes for his singing style, they created really odd harmonies. Tapes were used live, creating loops and sounds along to whatever they were doing. Most tracks seem not to have any real or standard structure, to me it's a collage of sections that make sense in its own chaos, clearly anti-repetitive. Still, with this track you get a bit of both, around 2.40 min in, after the chaos, it goes into a loop that never resolves)
This Heat

SUN RA and his MYTHIC SCIENCE ARKESTRA, (The Paris Tapes 1971) - SOMEBODY ELSE'S IDEA(This track, recorded live at Le Theatre du Chatelet , it's beautiful and very minimal, the main hook is a melodic vocal harmony  that lingers in the background over the whole track, while tribal drumming, percussion and wind instruments float around it. Topped off with a choral of voices and harmonies, chanting the same words over and over again, It's fucking great, could listen to this one for ever)
SUN RA


SHIT $ SHINE - FUCK YOU FOLK SINGERS
(Exactly what it says on the tin, one of my favourite Shit $ Shine tunes, although it's very hard to decide between their best tracks , this bass loop is something else, so heavy, fucked up and dubby that i do not recommend playing it at a house party. Specially if your neighbour is a manic crack addict and owns an hammer)
$&$

NORA DEAN - AY AY AY (Angie La La)
(I've become a bit obsessed with this track recently, This is a track that features in Reggae compilations, recorded in 69 and sang by the great Nora Dean.  It's not traditional Reggae though, the rhythm, bass and guitar remind me a lot of Afro Rock, it's jagged, the same groove is played over and over, only not for long enough! It's only 3 minutes long! Nora's vocal is amazing on this, she makes bird like sounds, moans, noises and sings beautiful melodies. I'm considering mixing a 10 minute version of this myself, just so I don't have to keep replaying it)
Nora Dean

DRUNK IN HELL - HUNGRY FOR BLOOD
(This band from Middlesbrough is the sludgiest band i've seen live, they just seem to write the heaviest most simple and amazing riffs, with the dirtiest sounding guitars. It makes you wanna pull your hair out or just head butt the person next to you. Their performances seem to send the whole place into a mosh pit even before they even start playing. REPEAT)
Drunk In Hell

STRANGER SON OF WB - PLANE TO BELGIUM (sloow tapes version)(These guys are based in Manchester and been going on for years, Chris and Paddy (Gnod) have been part of some of many of their line-ups back in the day, this is one of my favourite tracks of theirs. This track has a slow progressing bass line while most of the other instruments stay virtually the same over the top of it, with Gareth's vocal being mono-tonal speech-like. It's dense, dark but with a light at the end of the tunnel.  It's a trip alright)

LOVE CULT - A PLACE TO GET LOST IN(This duo (Anya Kuts and Yvan Afanasyev) from the Republic of Karelia, have been making some amazing music for a few years, releasing mostly on cassette labels and their own label "Full Of Nothing". This amazing LP is called Fingers Crossed. This track is a builder, it gets to full overload by the end of it)
Love Cult
GNOD - TONY'S FIRST DISCO
(I was battling with myself here whether to add this track to the list or not. But due to the nature of this list i think it certainly belongs here. As the name might or might not suggest, this track is a homage to the spirit of  "Outside the Dream Syndicate" sessions. I can't quite put it into words what goes on when we play it live but the outcome always shows what is the power of repetition)
Gnod