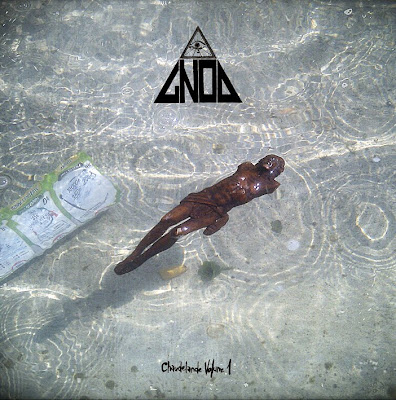 Rocket would like to introduce 'Tamed Records'
GNOD - Chaudelande Volume 1.
Having been sent the tracks by the band sometime back they have barely left our playlist & therefore we would like to support the band with our
highest approval
, so order your copy via the French label before they disappear.

Mancunians GNOD started their last european tour to date by spending a couple of days in the Studio Chaudelande, a small house made of bricks and passion, somewhere in the Normandy countryside (France). They recorded new songs that are now released as a two volumes LP series on Tamed Records. "Chaudelande Volume I" contains three songs which demonstrated the multi-faceted universe of GNOD. From the heaviest spacerock parts they ever recorded to meditative neo-folk influenced moments of calmness and introspection, this new recording marks a new step in GNOD cosmic procession. "Chaudelande Volume I" is the first release on Tamed Records scheduled for october the 20th and we're happy to start the adventure with such a great record!