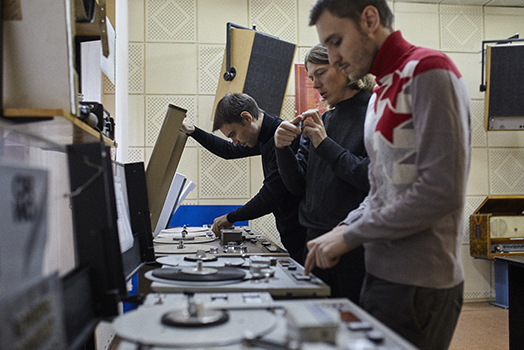 If 2016 promised great things ahead, 2017 has already started delivering on those promises. While new records from Slowdive, The Jesus & Mary Chain, Ride, and The Black Angels may have grabbed the headlines - and understandably so - it's the new breed who've once again risen to the fore.

Both Gnoomes and Shadow Band have released debuts that are early contenders for album of the year, while Bristol's Spectres and Italian duo Sonic Jesus continue to confound expectations, both putting out follow-ups to their 2015 debuts that go beyond any considered boundary or genre.

Add the unique global flavour of Flamingods, the distinctively dark urges of The Underground Youth, and Ulrika Spacek's audacious move into Deerhunter-esque territories and it's clear to see why 2017 is shaping up to be an incredible year for all things psychedelia and shoegaze related.

To start things off here are 30 artists we've been listening to since the turn of the year.