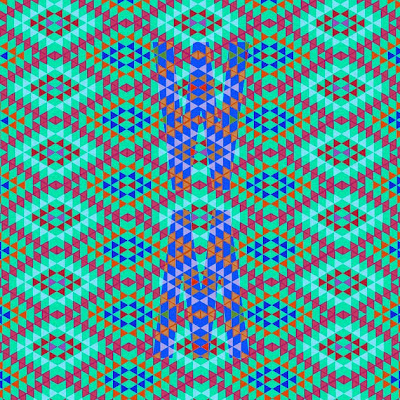 Normans records, probably the best record shop in the UK (closely followed by Piccadilly Records) has blown us away with their write up of Goats World Music:
Read it here:
Ahhhh, the mysterious Goat from Korpolombolo in Sweden!
Yes, if there was a proper buzz band for 2012 it's these cultists and we're not talking what the bloody BBC would have you believe is exciting - this is the sound of the underground lighting a pyre for these dark, troubled times and then having a massive ritualistic gathering around it. The sound of squalling psych riffs blended with scratchy, heavy art-rock and celebratory chanting.
Amongst this delicious spread of songs you'll spot distinct shades of black mass-era Rolling Stones, Can krautrock, fleeting glimpses of ominous Scandinavian folk and countless rugged 'n' funky African-inspired rhythms. This last element especially nails the album's floor-filling tribal-style backbone and elevates it to somewhere very unique and groovy indeed!
In lesser hands the genre-splicing nature of this stunning album could have resulted in quite a directionless mess but thankfully 'World Music' is an out-of-the-blue underground rock masterpiece and stamps deliriously all over the current stale climate in big furry Viking boots - there's not been one record this year that's united the office quite like 'World Music' has managed and it genuinely leaves me welling up with emotion, such is the transcendental power and uniting spirit of the thing!
So yeah, once again I've craftily whipped a CD from under the marauding sensors of our music-devouring ReviewBot3000 machine (whose fizzgog-branded motto is, "If it ain't bolted to the floor I will review it, properly, and with no punctuation errors!") and brought it home so I can play it mega-loud for about the 20th time and feel utterly amazing again. 'World Music' gets consistently better with each airing, see, it's like a psychotropic drug and there's not many records made these days that have that raw energy and durability.
Everything is perfectly in place here from well-segued samples and the odd field recording to the breathless running order. It's hit after flipping hit with this band, they've concocted an alarmingly poppy creation filled with nine all-too brief excursions into a voodoo world where Swedish psychedelia meets belting Afro-rock and parties like there's no tomorrow. Please, like with all your favourite albums, play it ridiculously loud, then, undoubtedly, re-rewind and crank it up again till dawn and beyond. Goat are worth falling out with your neighbours for.
5 / 5 – Brian
---
You can see the write up on their website in full here
---