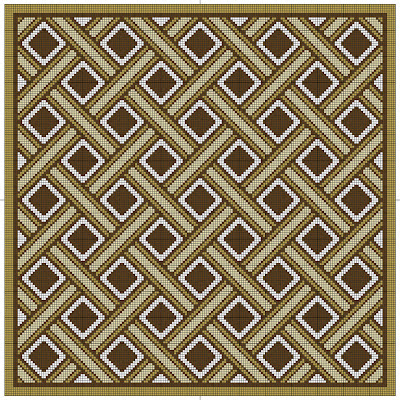 Line of the Best Fit have published a nice review of the Goat album, it says:
"For large chunks of the year, the far north of Sweden is enveloped in virtually ceaseless darkness and permafrost temperatures. As such, it’s not surprising that Goat – who although currently residing in the far less arctic Gothenburg, have their roots in the tiny village of Korpilombolo (population 529) in the Swedish part of Lapland – have opted to seek respite from the endless winter by bingeing on sounds from various exotic locations.
The band’s imagination appears to have been pushed to extremes and beyond in the remoteness of Korpilombolo, too: World Music arrives laden with one of the most outlandish backstories you could hope to encounter. Goat reckon that Korpilombolo was once visited by a voodoo priest, attracted to trek to this remote spot on the map by no less than a celestial vision. Understandably starved of entertainment, locals went wild for the visitor’s unholy teachings, which didn’t please the Christian church one bit: the voodoo disciples were expelled, and a curse, active to this day, was placed on the village.
Unlikely, you say? So it may be, but the most potent parts of World Music hint that the band’s gritty, subterranean grooves have been spiked by the kind of sensory-warping supernatural ingredient that might have been used to add hypnotic prowess to shamanistic campfire rituals back in the olden days, even if Goat’s brand of voodoo is too occupied with conjuring good vibes to place long-distance calls to the land of the dead.
World Music is an apt title for the band’s debut. The album embarks on a musical round-the-world trip that centres on a fruitful alliance between the trance-inducing rhythmic exuberance of afrobeat and the more primitive ends of psych-rock, as perfected by The Stooges circa 1970, with various added elements – the “motorik” repetition of krautrock, humid swamp funk fashioned in the traditions of New Orleans, woodland-trekking freak-folk, assorted other esoteric strands – added to the dense, restlessly bubbling freak-beat broth. There’s certainly no shortage of bands drawing from these once hopelessly obscure sources that have recently become a lot more accessible due to the pioneering work of such reissue labels as Light in the Attic, Soundway and Now-Again, but Goat wield a couple of aces to propel them a few steps ahead of the competition.
Throughout World Music, there are subtle nods towards the set texts of Classic Rock. The title of the loose-limbed funk-rock of ‘Let It Bleed’ – complete with Fun House sax skronk – is a throwback to the peak era of the Rolling Stones, whilst the hushed acoustic coda to the epic Hendrixian freak-out ‘Goatlord’ – a rare spot of calm on an otherwise energetic outing – inches close to the chord sequence of Lynyrd Skynyrd’s perennial ‘Freebird’. This is telling: whereas many of their esoterically-orientated colleagues stick to hook-averse noodling, Goat have a keen interest in actually putting together some killer tunes, ensuring that the likes of ‘Goatman’ – a clattering, ominous chant that understandably won the band plentiful blogosphere acclaim when it was put out as a 7’’ – and ‘Run to Your Mama’ (imagine Bo Diddley straddling a Far Eastern beat) attach themselves to the listener’s memory shelves with a generous layer of superglue. Goat also manage to mould a bewildering array of influences into an easily identifiable sound, meaning that the odd complaint – it would’ve been nice to have a bit more of the exploratory spirit unveiled on the majestic, sprawling-yet-tight closing instrumental ‘Det som aldrig förändras’, for example – is easy to overlook." JANNE OINONEN - 8/10
You can read the full review here
---