Introducing Collisions 03 LP by Shit and Shine and Gnod 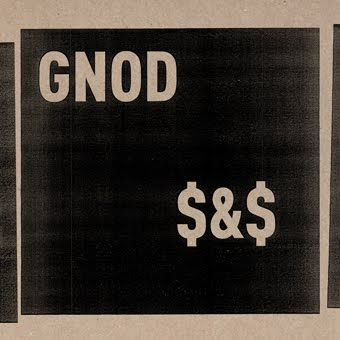 GNOD / $HIT & $HINE - COLLISIONS 03
(LAUNCH047)
Realistically it was only a matter of time before Gnod and $hit & $hine shared a slab of vinyl together, and it only seems fitting that this ‘meeting of minds’ is the latest instalment of our Collisions series, following splits by The Heads/White Hills and Oneida/Mugstar. 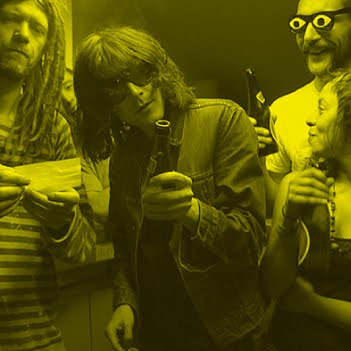 The first track to kick off this Collisions is 'Shitting through the eye of a needle in a haystack' by the mighty Gnod.
For the uninitiated, Gnod are an ever changing collective from Manchester that centres around four key members, who have been exploring and pushing repetitive experimentation through the filters of kraut, drone, space rock and industrial rave for several years now. Rightly earning themselves the title of one of ‘the best live bands in UK right now’. This track see’s Gnod replace their usual live drumming with drum machines. Mixing heavy sounding rhythms with the heavy echo and studio effects of dub. The track recalls the great ‘This Heat’ and ‘PIL’ as well as the Wax Tracks bands of the late 80’s and the post dub-step sounds of artists like ‘Shackleton’, while still remaining entirely all Gnod. 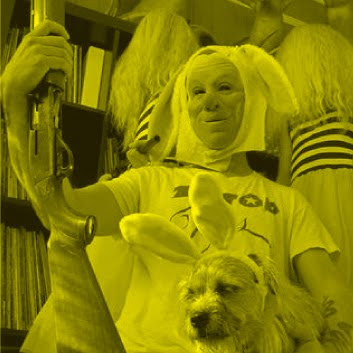 Next up is $hit & $hine with their track 'Ladies Circles'.
$hit & $hine have been disembowelling the underground music scene for several years now with impressive albums on labels such as Riot Season, Load, Southern etc. Originally based in UK now in Texas USA, $hit & $hine like Gnod is an ever changing beast that means you are never quite sure what you are gonna get. For this Collisions LP, which is their first release for Rocket, they have delivered possibly one their finest tracks to date. A repetitive journey that brings to mind the sound of a ‘clear spotted’ Beefheart and a ‘post acid trip’ Butthole Surfers caught in a kraut-step mind warp.
Basically, the believing is in the hearing.
---
Collisions 03 is released on 15th October 2012
The LP is limited to 500 copies – 150 on yellow / 350 on black vinyl
(Will also be available as a download from iTunes)
---
The people of Wine Women and a Song or Two have already written a great review of Collisions 03 and you can read it here
---