Gnod and Shit and Shine prepare for a collision 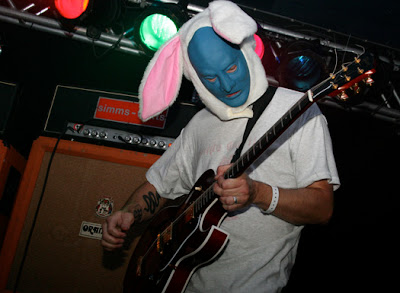 We are extremely proud to announce that 2012 will see another Rocket Collisions release, this time between the mighty Gnod and the amazing Shit and Shine.
This will be the third Collisions release in the series following The Heads / White Hills and Mugstar / Oneida. And like these the previous two, this record will consist of two side long tracks, one by each band.
We at Rocket are excited to be finally putting out a Shit and Shine record after being fans of the band since their inception and their Riot Season and Noisestar releases are regulars on the Mission Control record deck. $&$ decamped to Austin Texas last year hence why this split with Gnod can be possible (keeping our anglo american theme) and since this move the band has been working with several new musicians including King Coffey from Butthole Surfers...very excited to see what they deliver.
Gnod are currently working on the initial parts of their track and the rumbles from the studio are apparently akin to Swans meets Shackleton!!!!! This is gonna be one mighty release!
This is what Gnod have to say about this forthcoming Collisions.
Watch this space for more info on this release plus also a fourth Collisions which is with the scientists as we speak!!
---